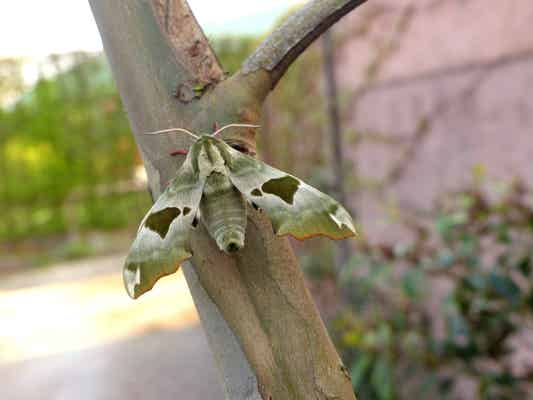 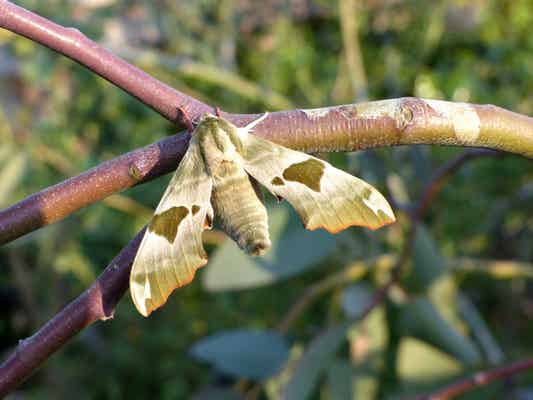 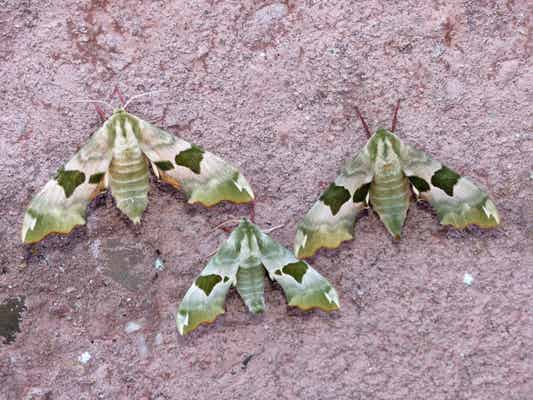 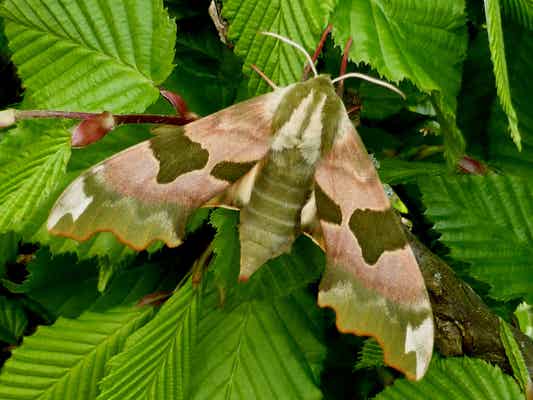 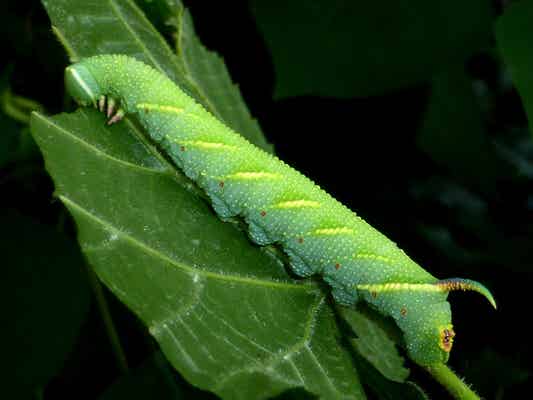 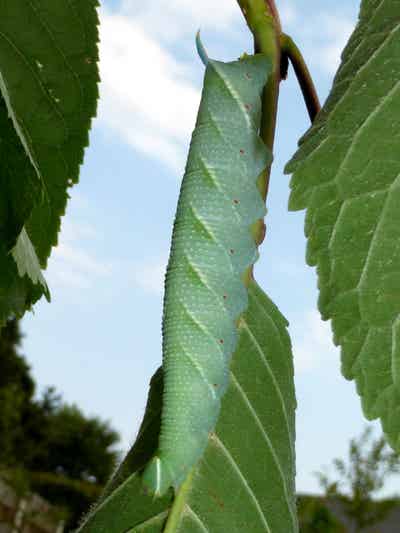 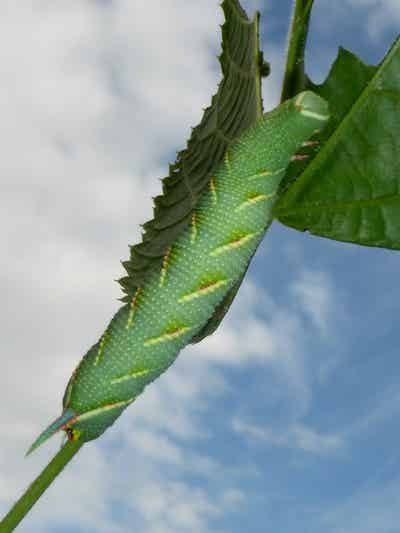 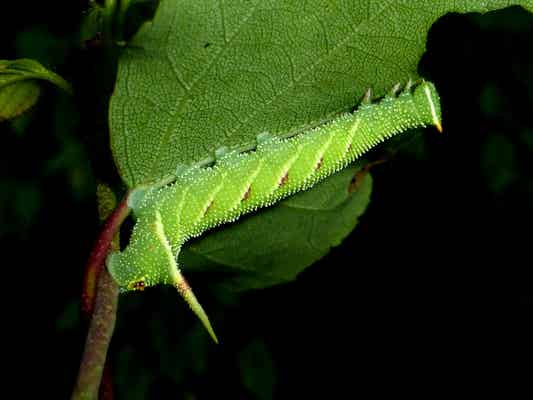 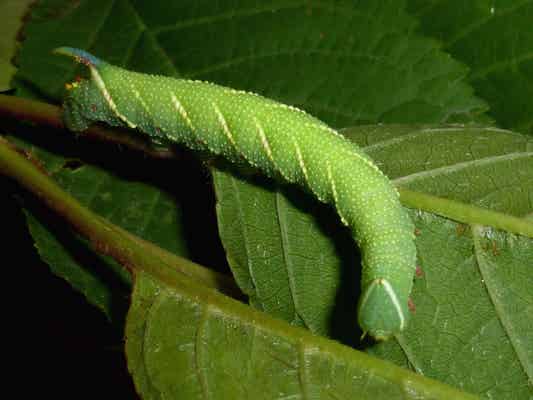 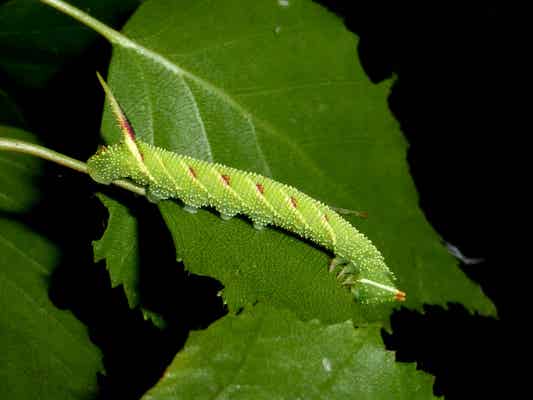 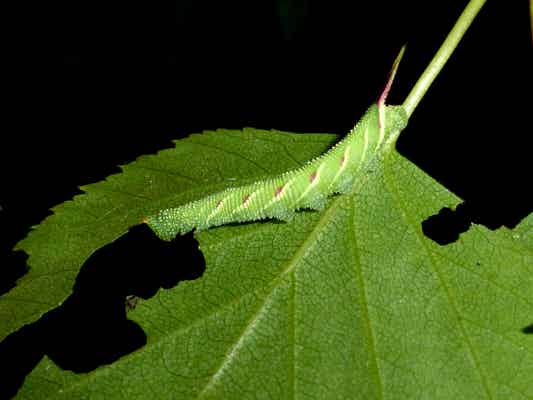 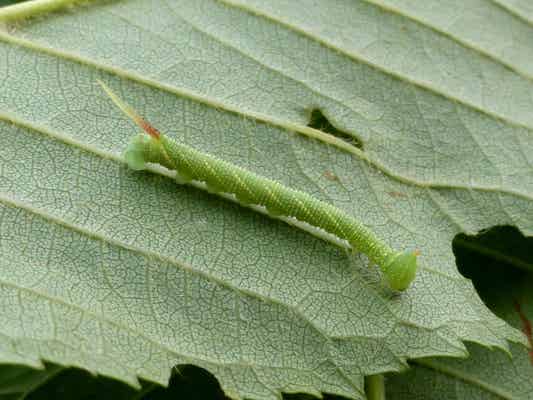 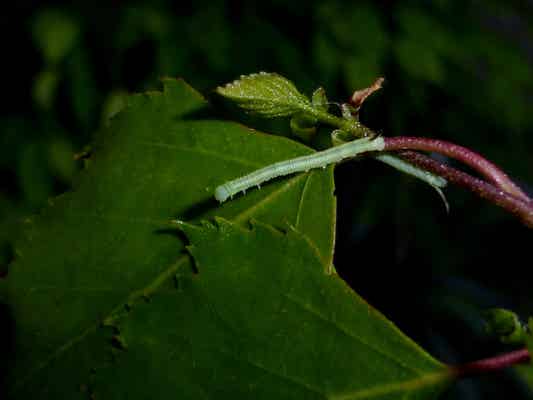 In between 6 and 8 centimeter

one early flight from April to June. When warm enough a second (partial) flight in July/August. Pupae overwinter

Tilia, Betula and Prunus avium are preferred. Known to accept a wide range of alternatives including Alnus, Sorbus, Corylus, Juglans, Quercus, Castanea, Fraxinus, Malus, Pyrus, Acer, Ulmus, ... However this largely depends on the origin of the parents. Not all plants are always accepted.

an extremely easy species to rear, suitable for newcomers and children. Keep at room temperature, dry and clean in well ventilated plastic containers.  They are full grown in approximately 4 weeks. Offspring of the second flight overwinters as pupae and should be stored in the fridge.