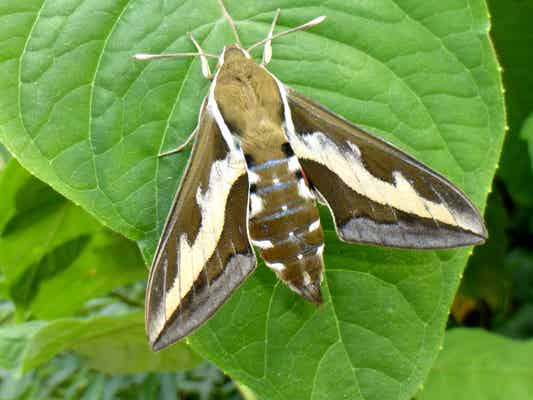 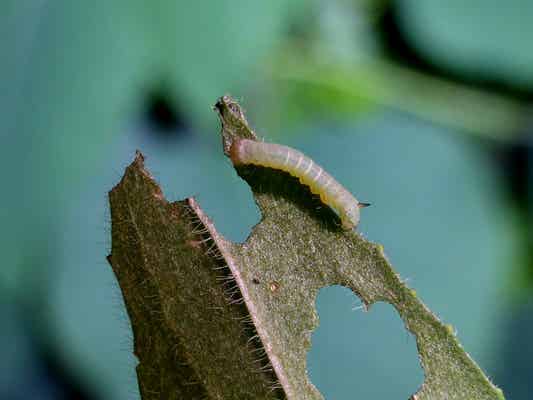 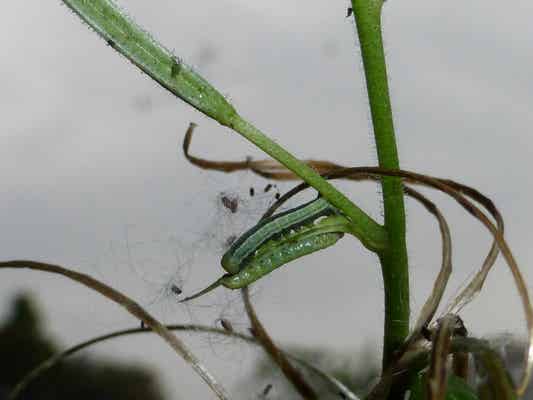 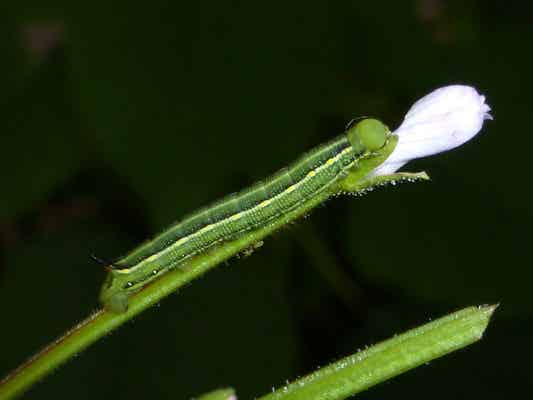 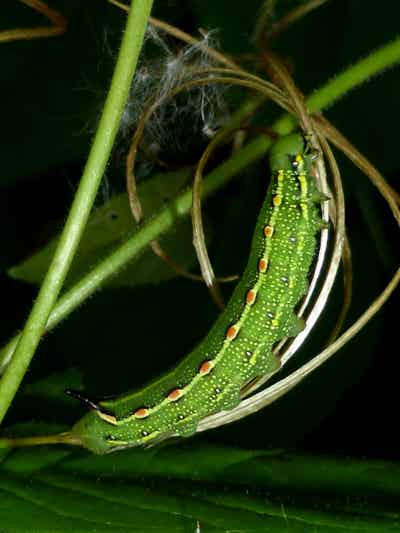 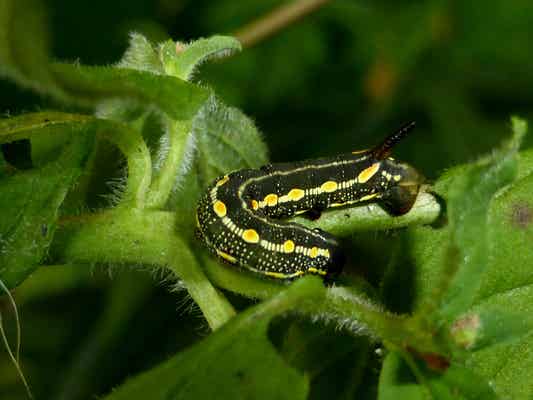 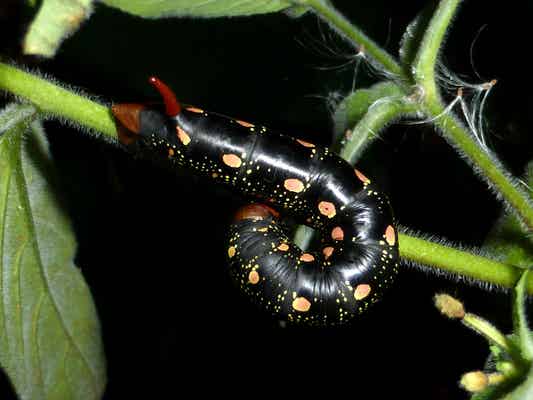 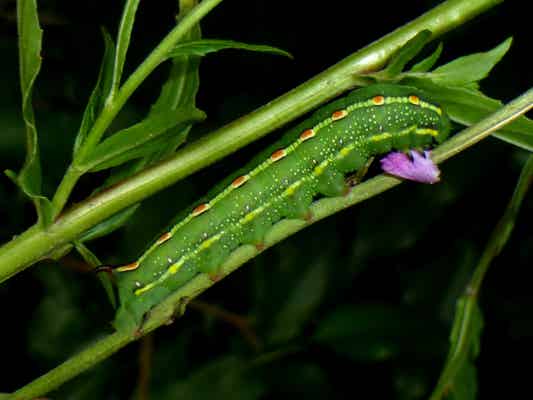 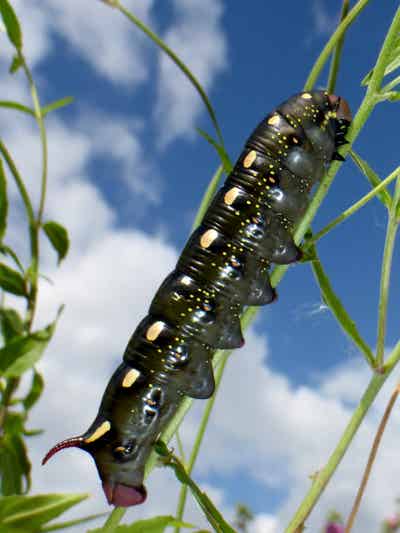 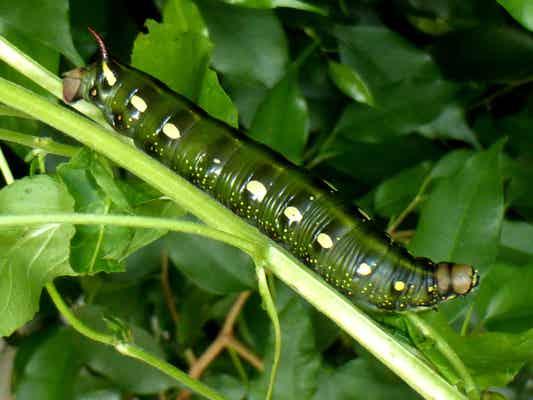 temperate Europe from France east to Western Siberia and the Russian Altai Mountains. Gallii has also been introduced in North America, where they have spread over a large area, from the Northeast throughout the Great Lakes region, west to British Colombia, Oregon and Washington State. Although this species can be locally fairly common, it is very rare or even absent in many parts of its distribution. Populations can establish themselves for a couple of years and disappear completely a few years later.

usually two flights, one in spring (May/June) and (a partial) one in summer (August/September).

Epilobium and Galium preferred. In captivity they will also accept Rubia, Oenothera, Fuchsia, Vitis and Impatiens

Not difficult when kept warm, dry and clean. Can be somewhat more sensitive then other Hyles species. Fast growing and ready to pupate within 4 weeks. Keep in spacious and well ventilated plastic containers. The pupal stage between the 2 flights is short (only 2 weeks when kept warm). The pupae resulting from the second flight can overwinter in the fridge.

do not overcrowd, more sensitive then other Hyles