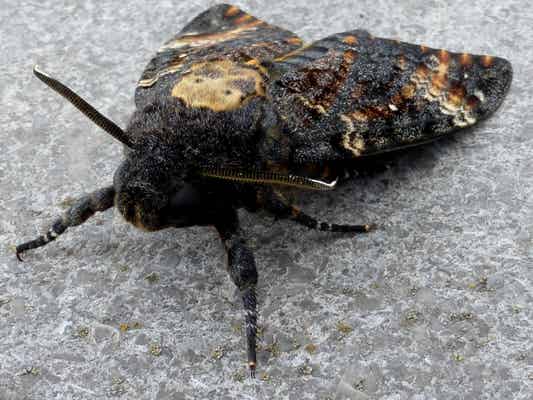 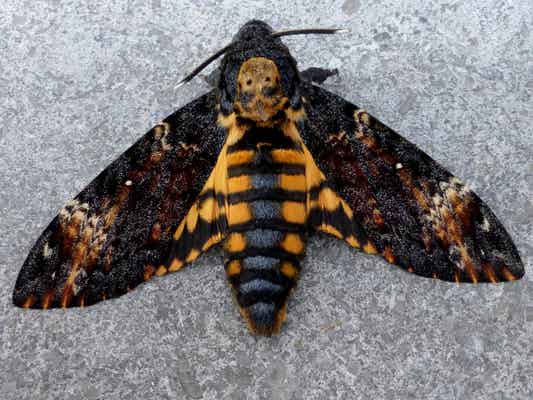 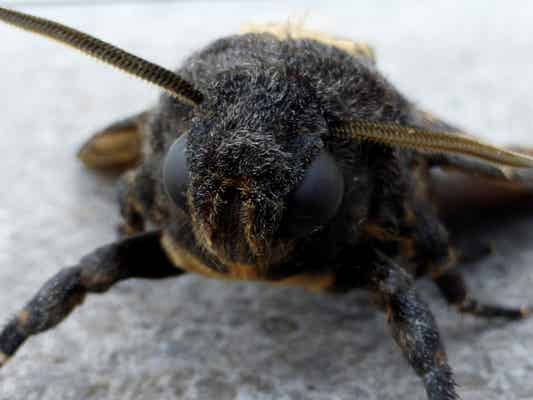 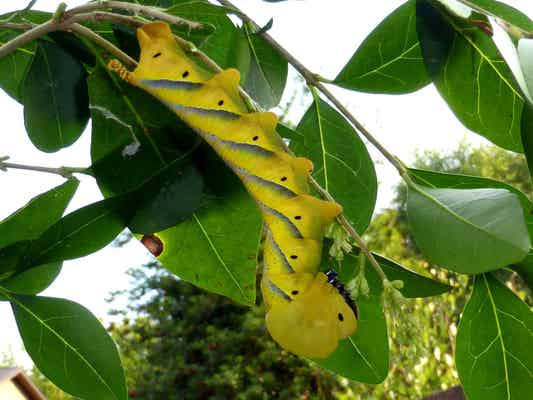 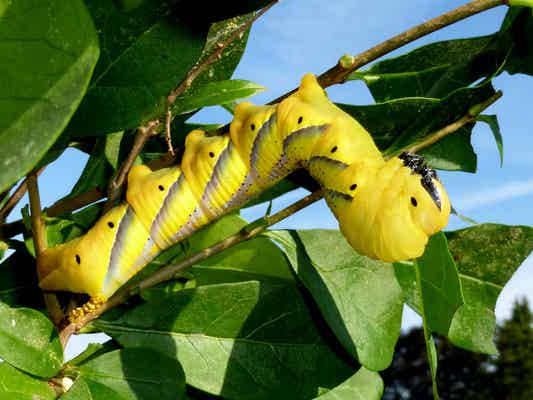 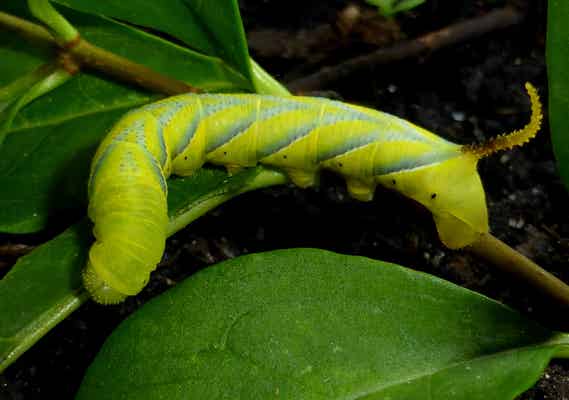 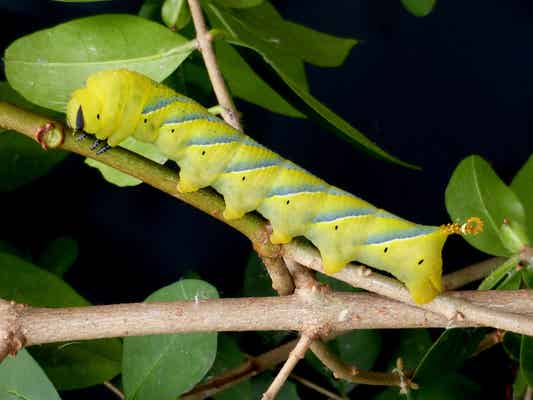 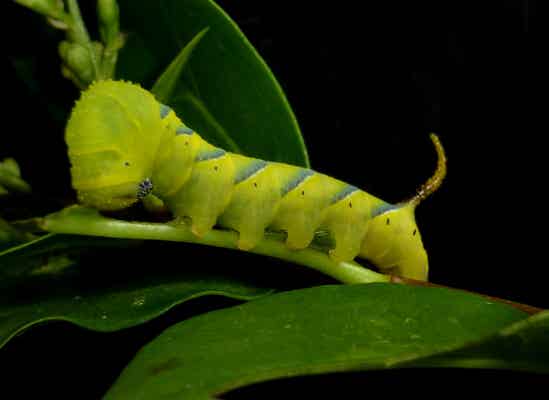 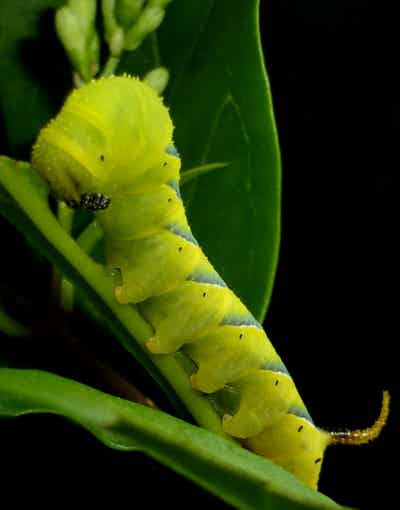 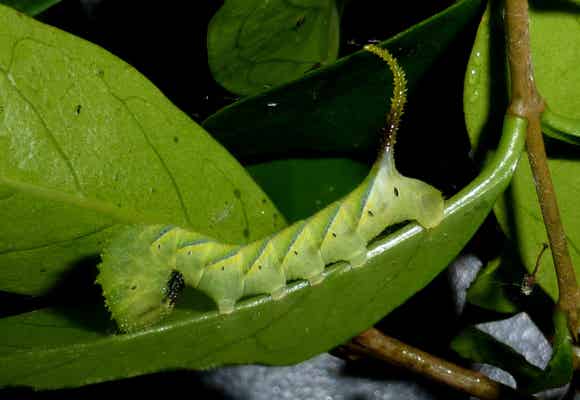 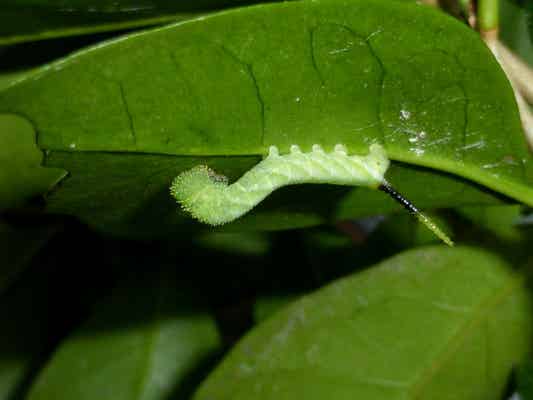 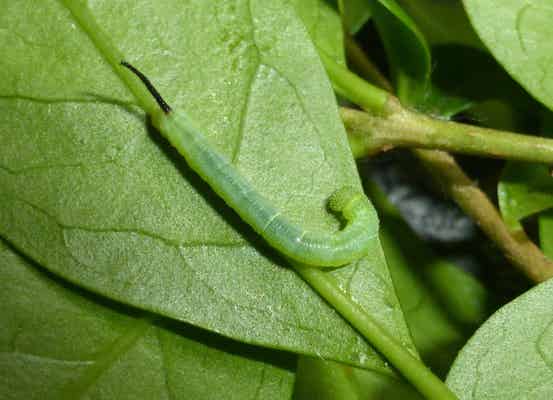 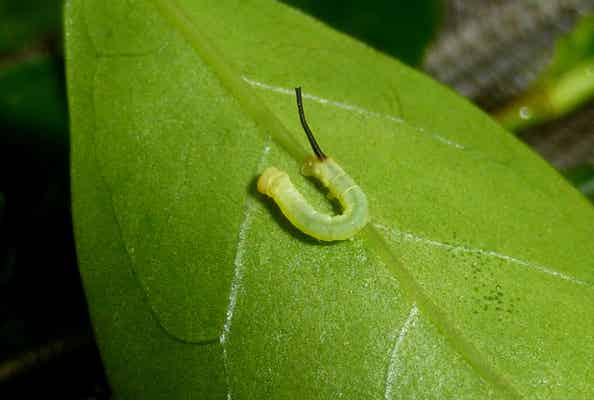 from the Mediterranean basin annually migrating as far north as Iceland, Norway and Sweden. East throughout the Middle East and via Iran through southern Russia to Kazachstan. South throughout most of Africa. Also on Madeira, the Canary Islands and the Azores.

In between 9 and 13 centimeter

multiple flights between March and November

The easiest Acherontia species. Caterpillars are fully grown within four weeks when kept warm. Keep very clean (best is to clean daily) and dry. Keep the early stages in well ventilated plastic containers but move to netted cages when older. The full grown caterpillars are aggressive when disturbed and do bite. When ready to pupate move to small individual plastic containers lined with kitchen towels and place somewhere dark. Open daily to clean and put in clean towels (things will get messy). Continue until they have pupated. The pupal stage during summer months is short (only 2 to 3 weeks). The adults need to be fed. It can take a few days before they pair.