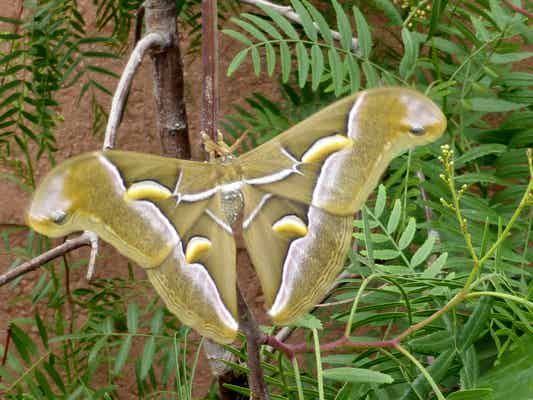 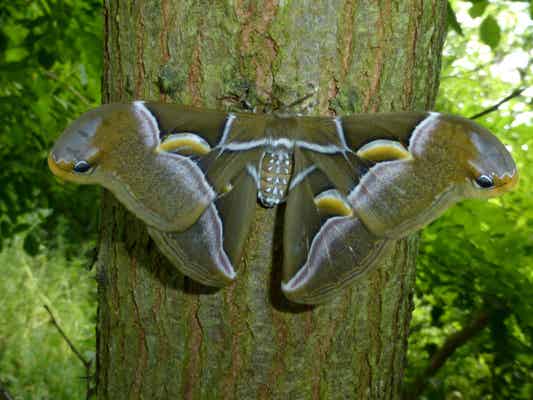 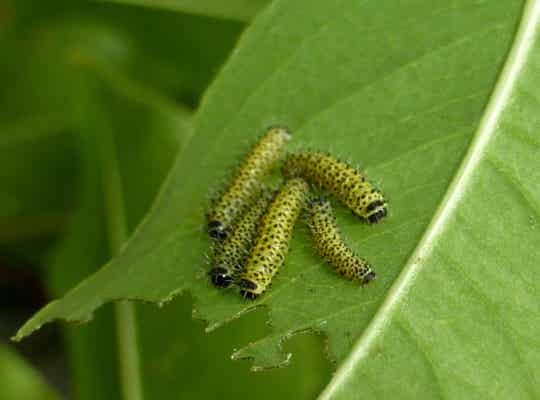 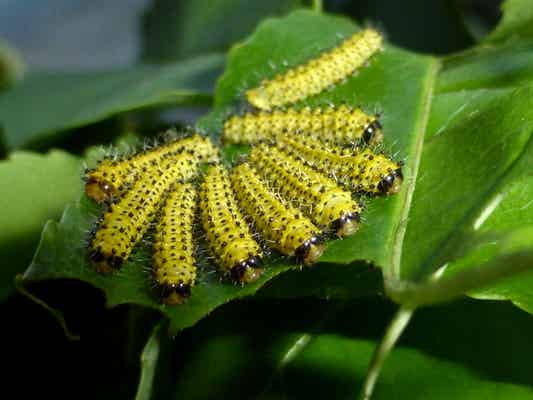 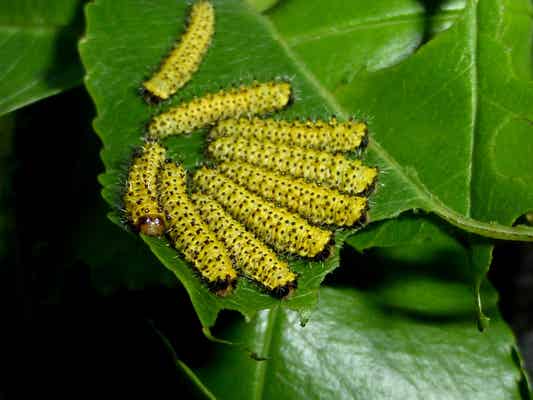 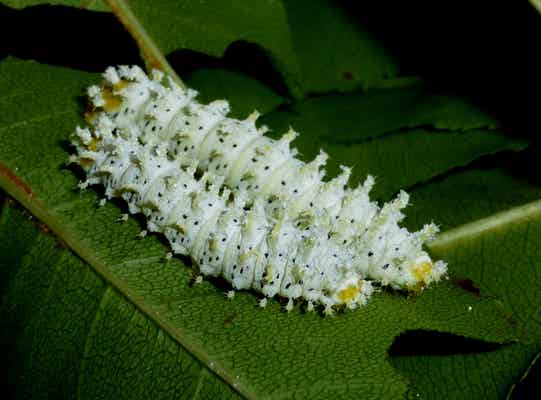 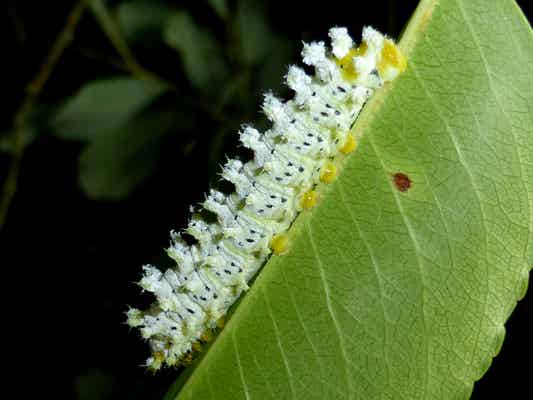 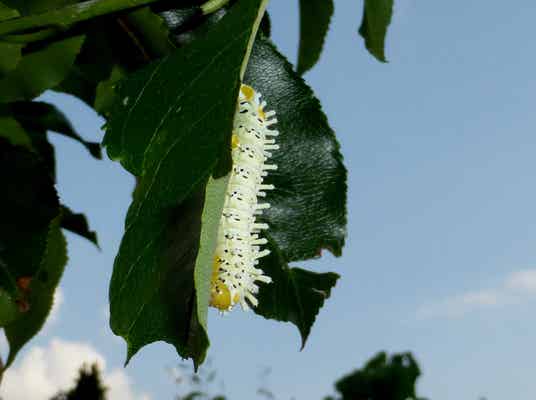 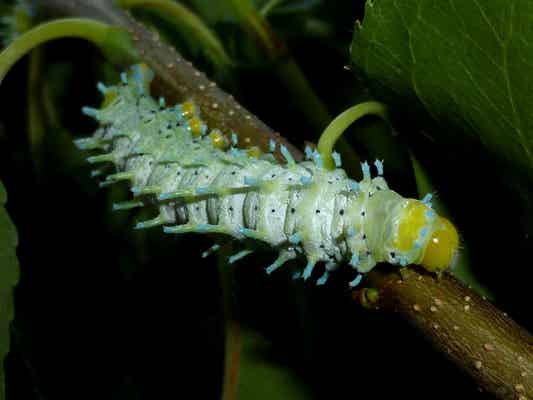 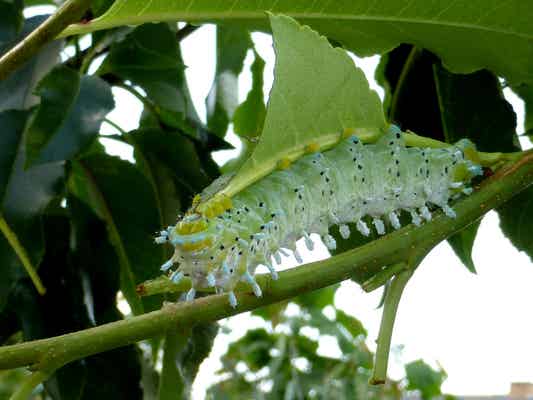 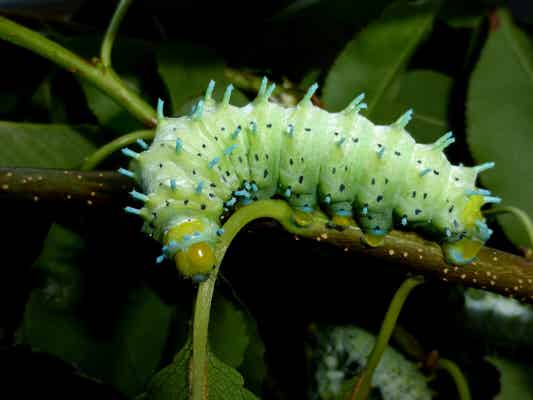 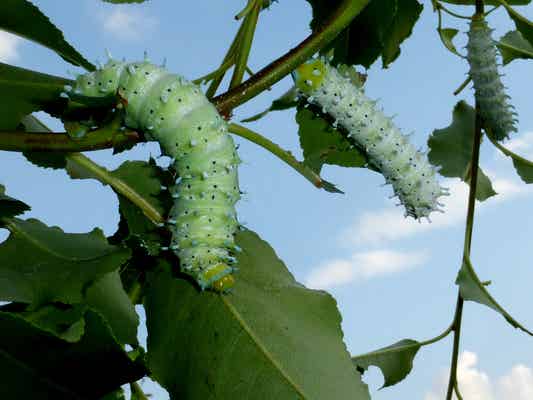 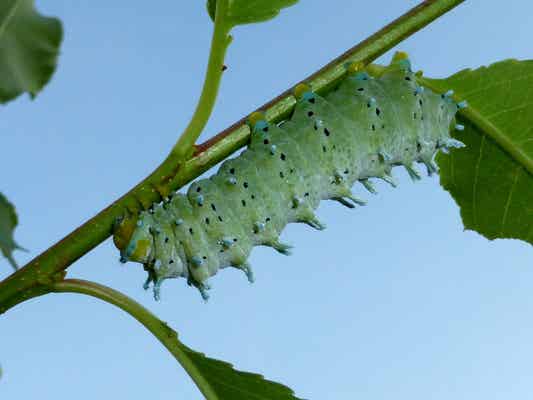 Originally from temperate Asia (Russia, China and Japan), this species has been introduced in other parts of the world in an attempt to start a silk industry. This never became a succes, but moths escaped from the farms and survived in the wild in most part of temperate and tropical Asia. There are also populations along the American East Coast (from New York to Virginia) and in Southern Europe (Italy, Croatia and in scattered populations as far north as Paris).

in the wild one flight during summer months. In warmer regions and in captivity usually a (partial) second flight. Cocoons overwinter

An easy species, suitable for newcomers, even children. Keep at room temperature, warm and dry, in spacious well ventilated plastic containers (or in a netted cage for the final instar). During drier summer months outdoors sleeved on a living shrub or tree. Fast growing and ready to pupate in around 4 weeks. The pupal stage in between 2 flights is short, usually less then 4 weeks  (if kept warm enough). Cocoons from the last flight can overwinter in an unheated room (frost free) or in the fridge.