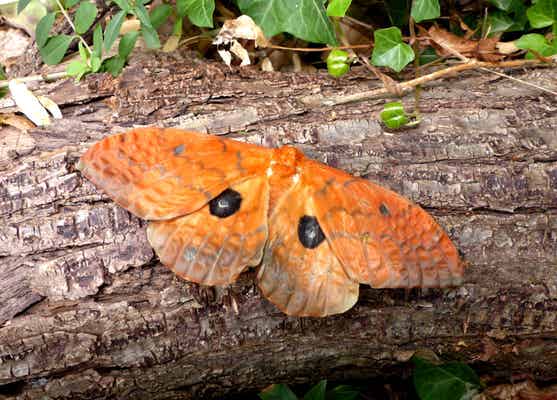 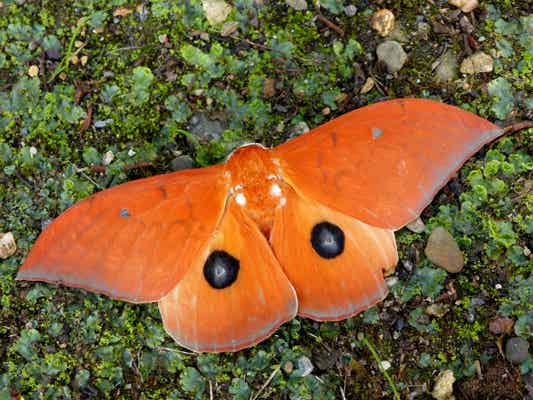 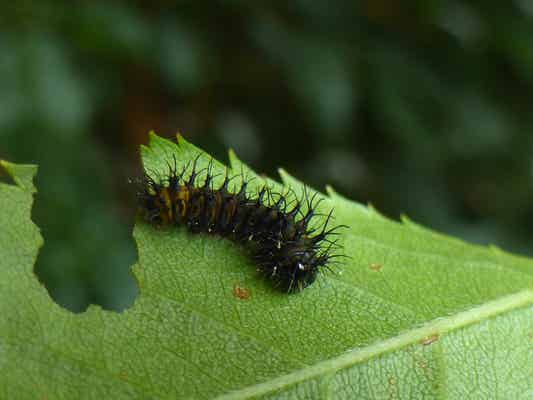 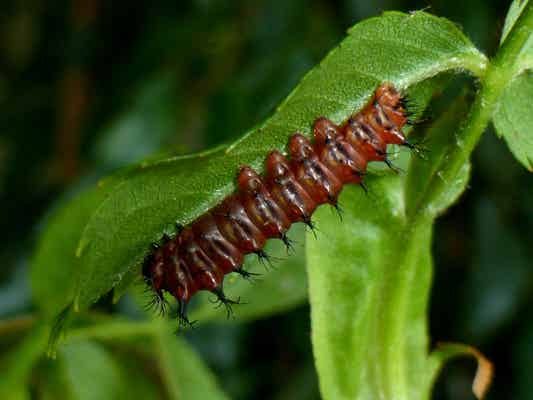 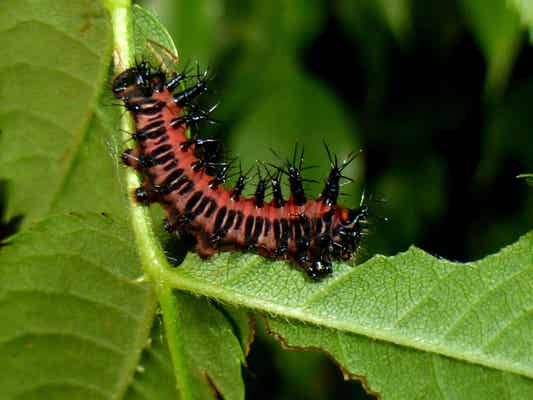 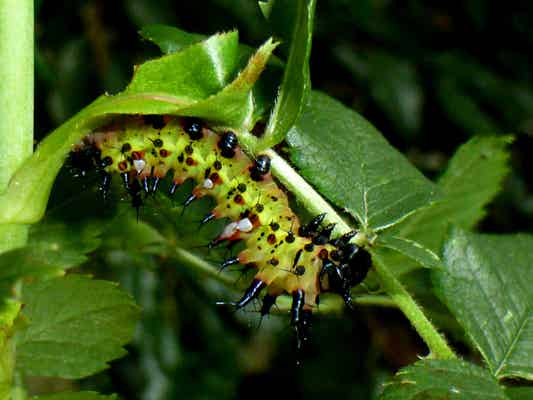 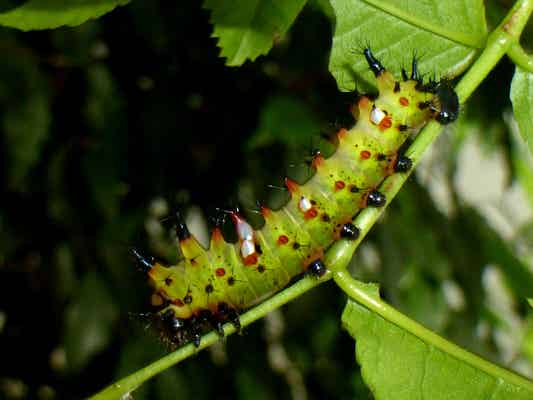 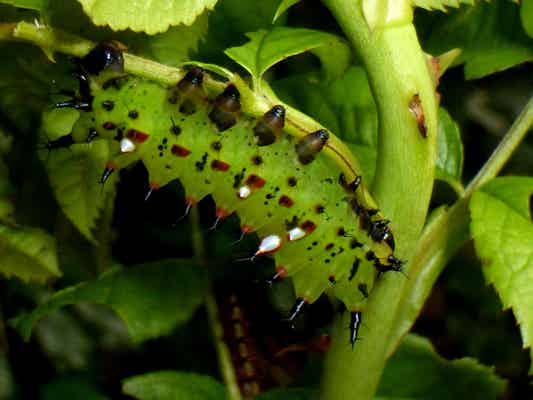 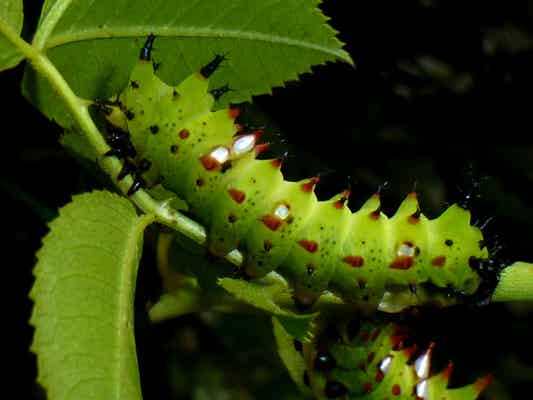 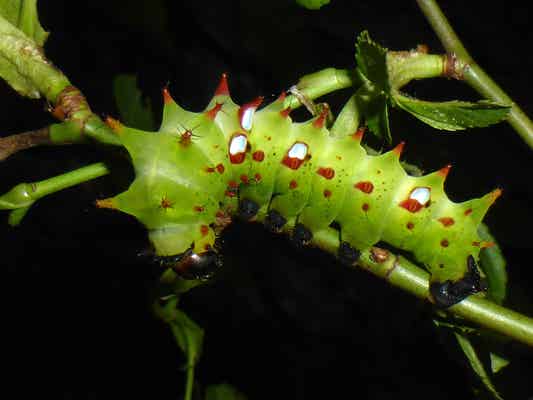 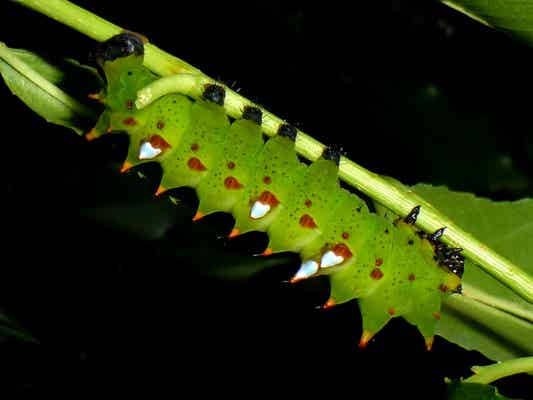 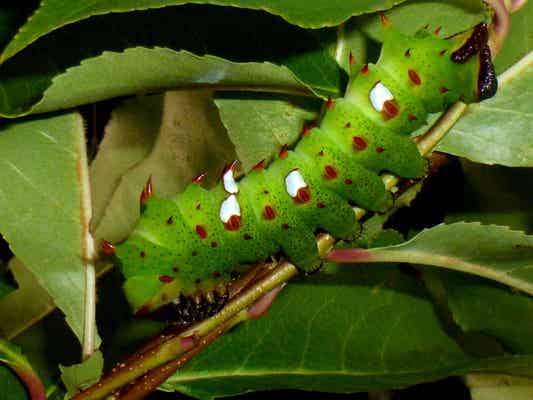 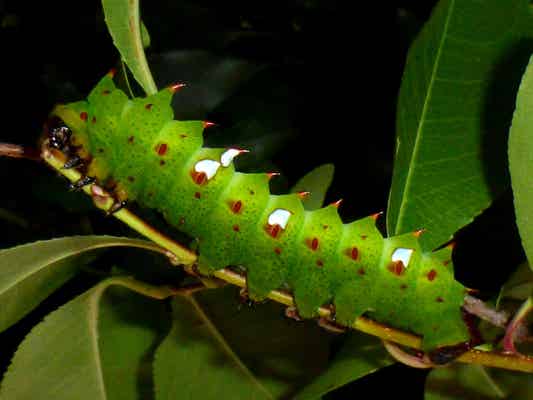 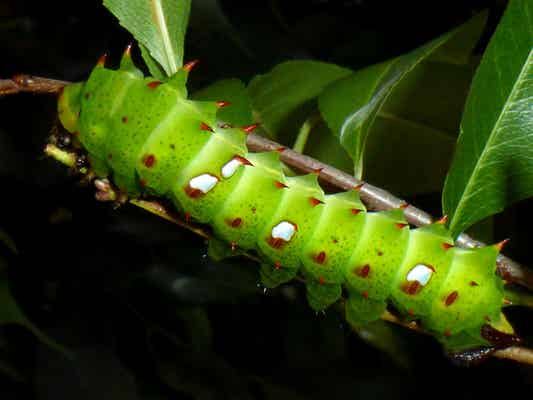 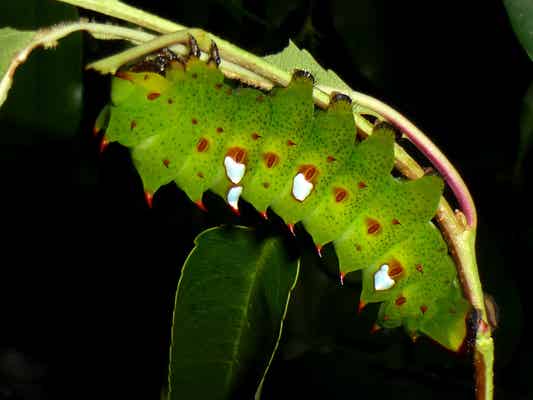 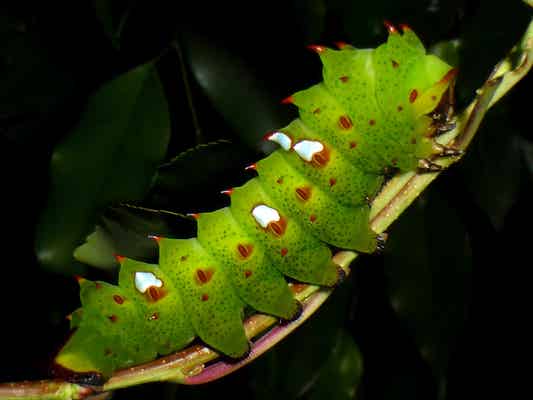 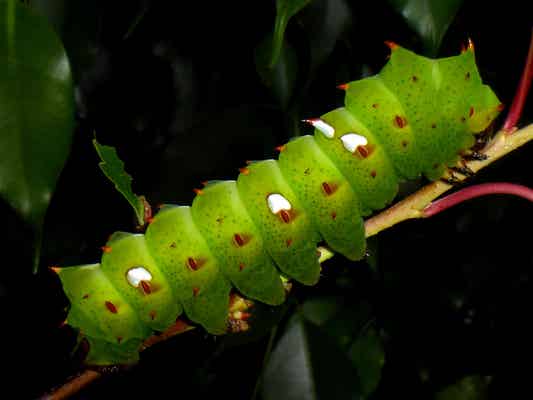 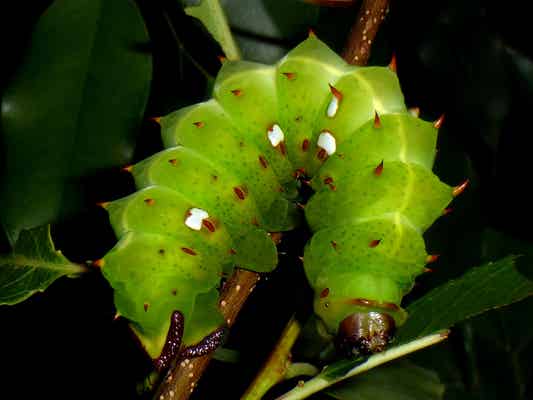 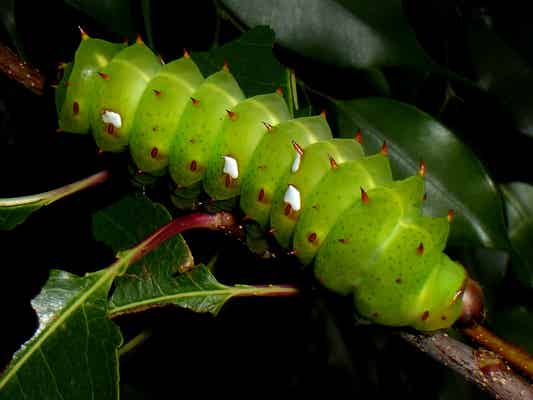 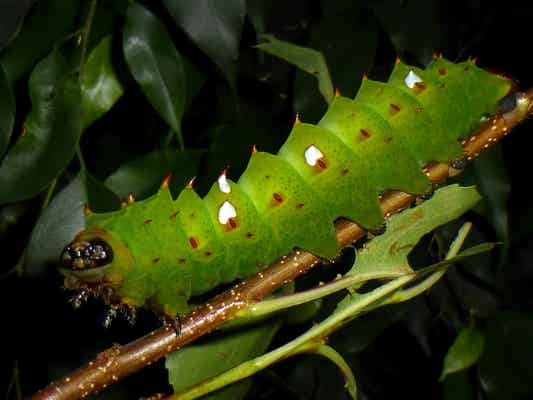 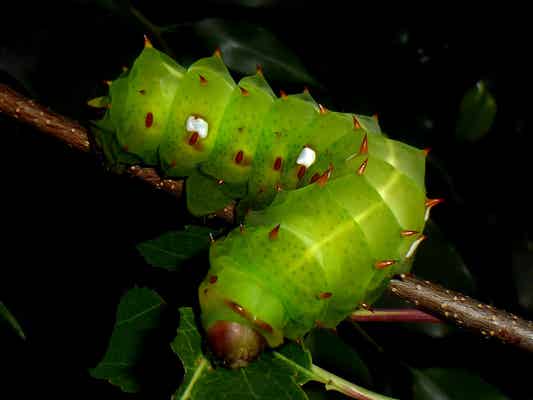 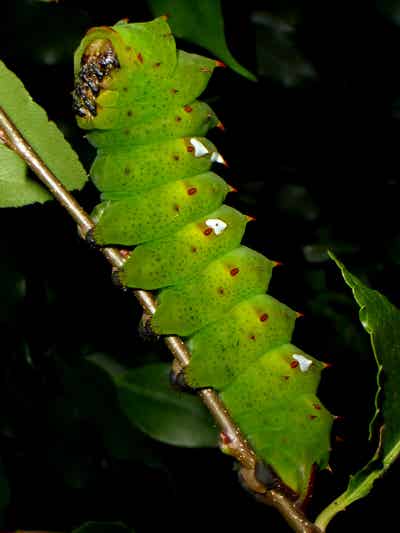 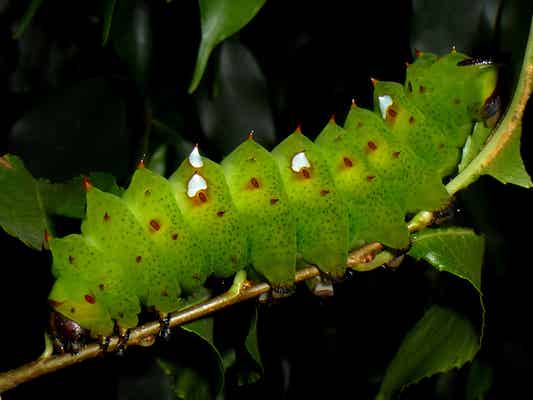 in captivity more or less continuously, however the pupal stage can take a few months (especially during winter).

Not difficult, some experience is required though. Keep warm (minimum room temperature or warmer), dry and clean. Rear in spacious, well ventilated plastic containers, especially during winter months when the central heating dries out the air.  Avoid condensation and do not give wet leaves, but keep the ambient air humidity medium to high. Ready to pupate within 8 to 10 weeks (depending on temperature and quality of the food, a bit faster during warmer months). Even though they brood continuously in captivity, the pupal stage can be several weeks or even 2 or 3 months. The moths need a few weeks of warmer and more humid weather to emerge (a night temperature of around 20°C seems to do the trick).

usually not difficult, but rearing during winter months can be significantly more complicated