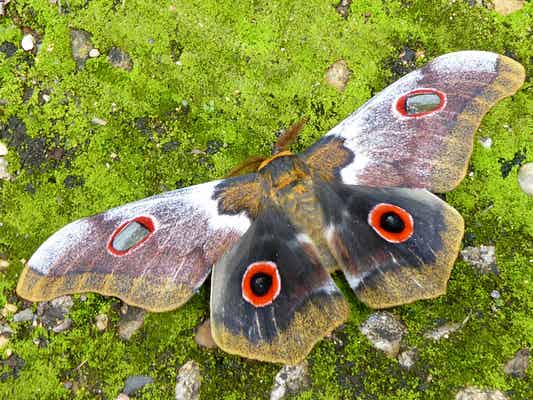 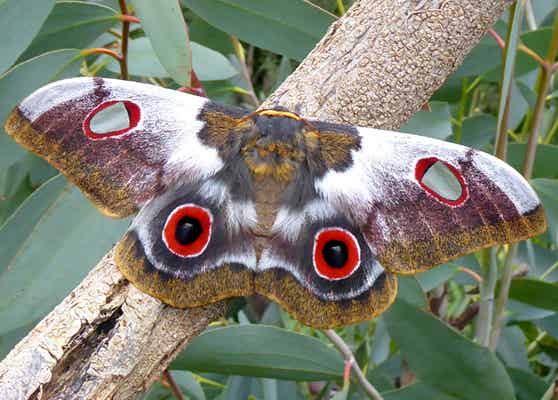 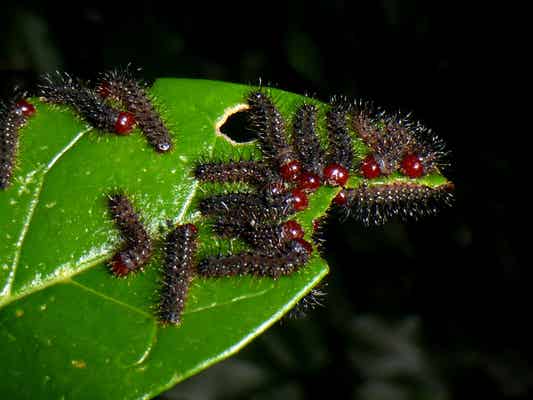 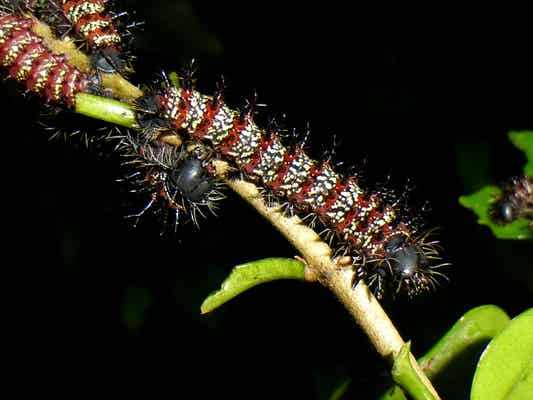 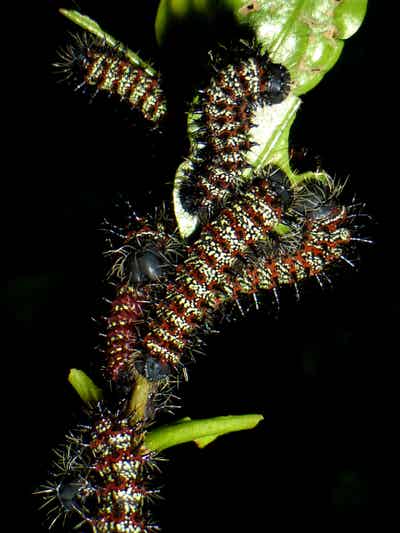 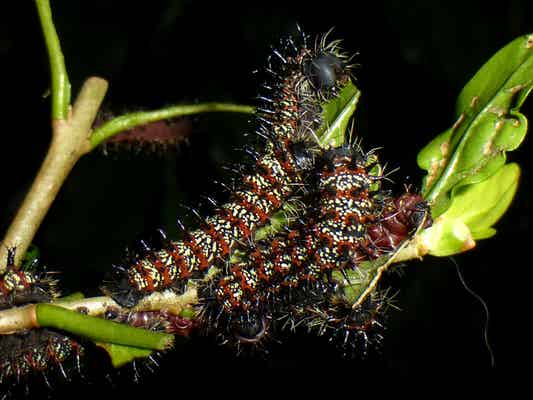 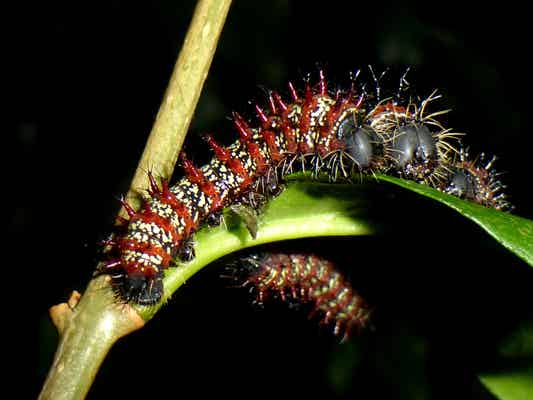 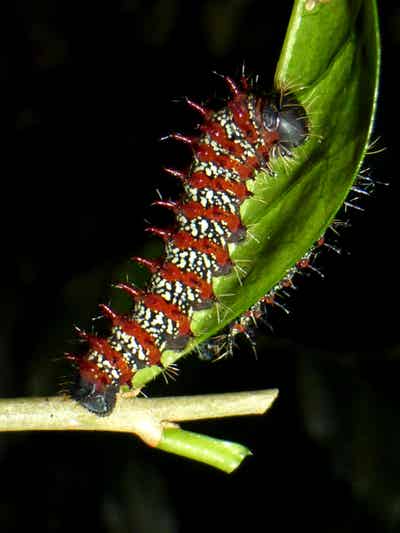 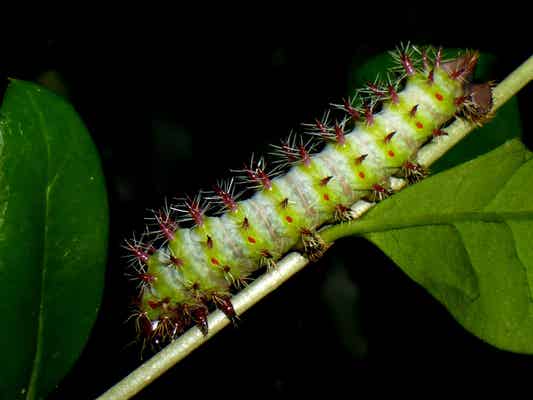 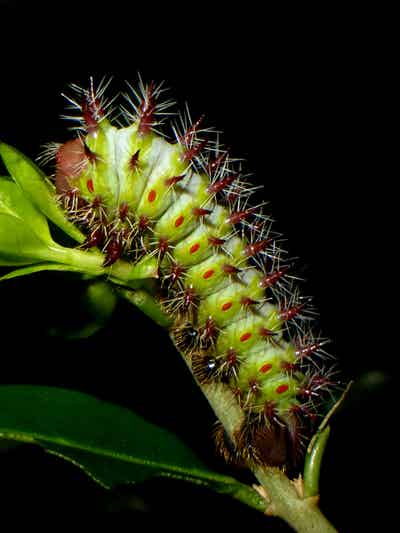 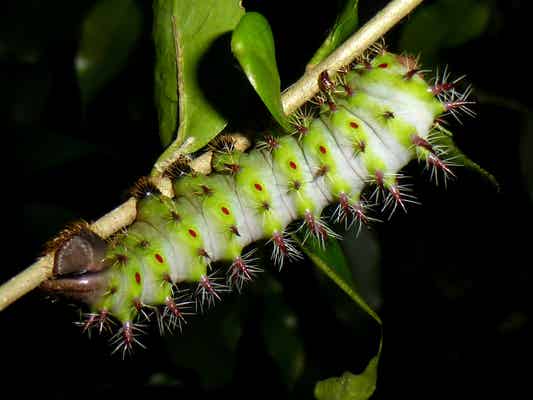 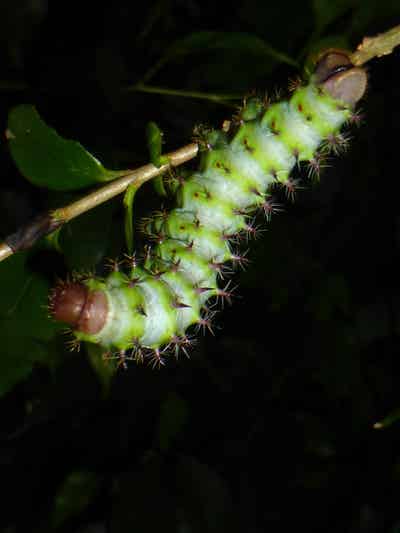 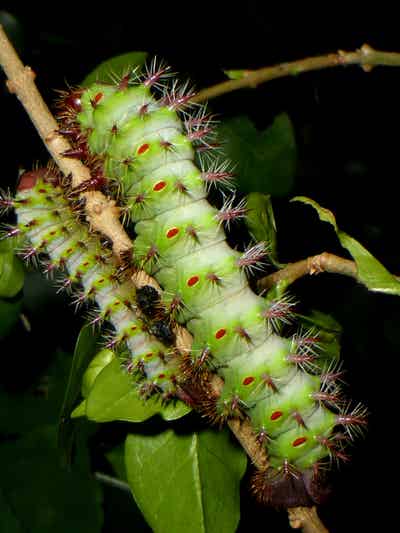 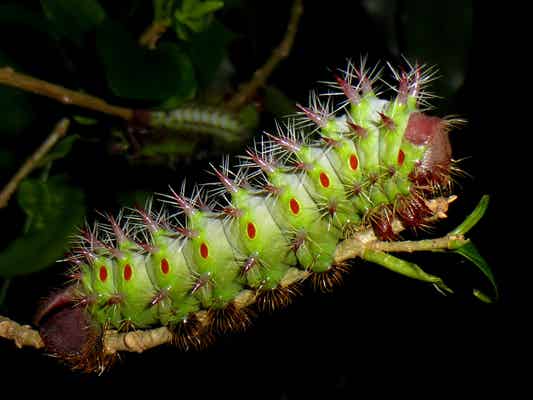 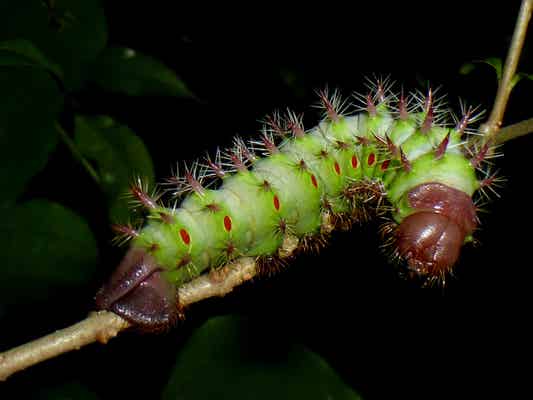 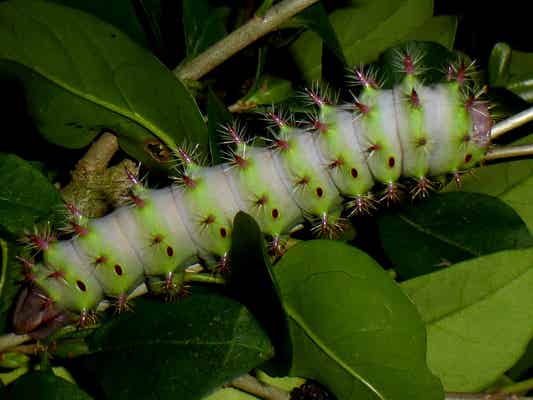 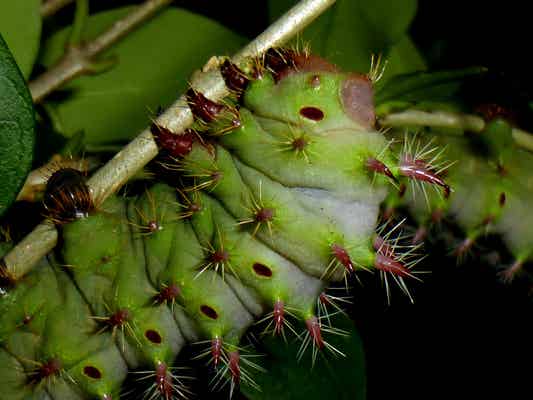 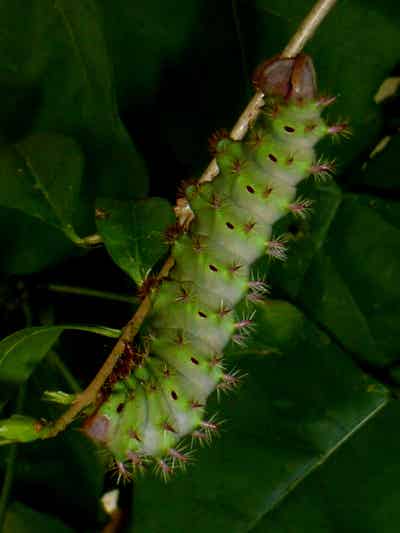 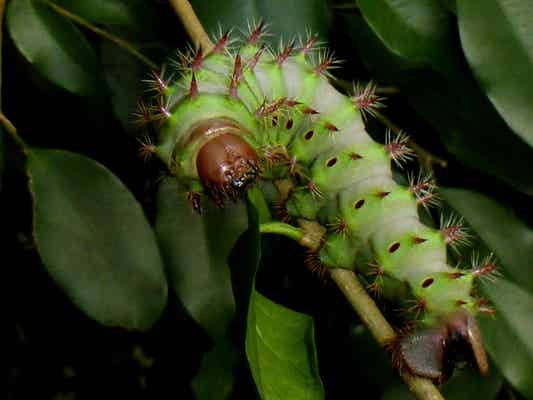 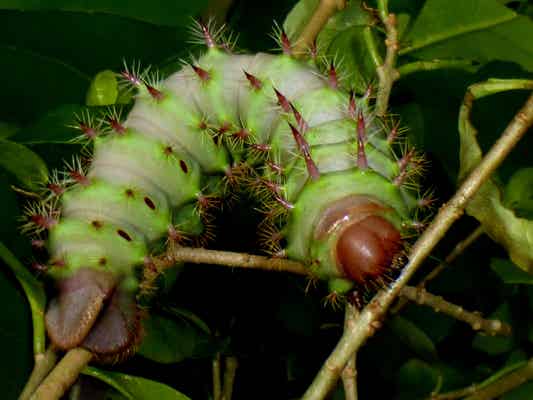 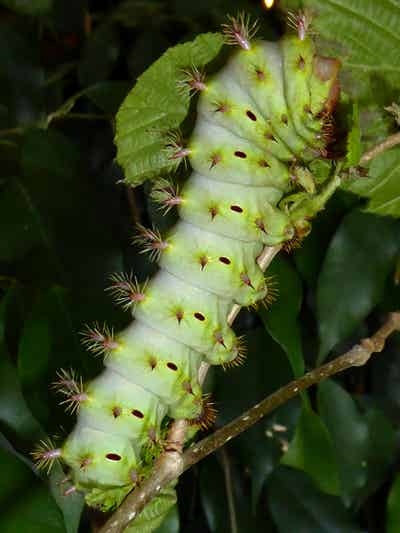 widely distributed throughout the southern half of Africa from Congo and Kenya to South Africa. The animals depicted here originate from the Dzalanyama Forest (Malawi) where it is a common species

around 15 cm, the males larger then the females. in captivity usually smaller

one long flight annually starting at the beginning of the wet season (first weeks of December) to the end of January (early February) .  Pupal stage can take months

A very difficult species, however this probably has more to do with rearing them throughout the winter with lesser quality of food and conditions that are more or less the opposite of what they are used to. Keep in spacious, well ventilated plastic containers. Watch out for condensation and do not give wet leaves. Make sure the food is clean and fresh.  Keep at living room temperature or warmer (in between 25 and 30°C is ideal). The caterpillars are slow growing and ready to pupate within 10 to 12 weeks. The pupal stage can take several months. They will not produce a second flight in captivity, so don't force them.