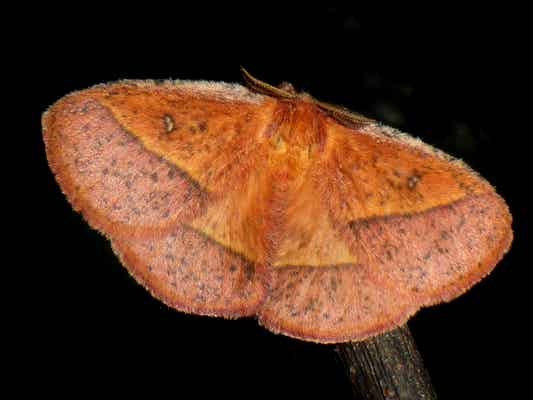 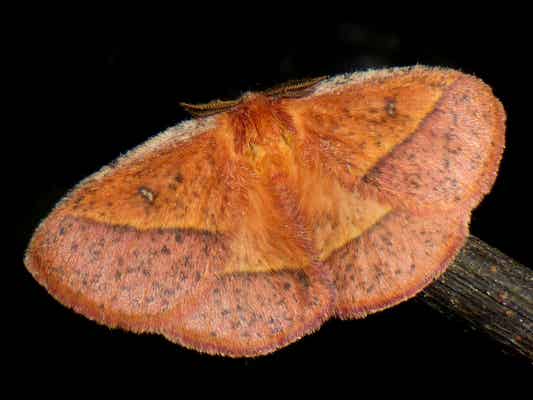 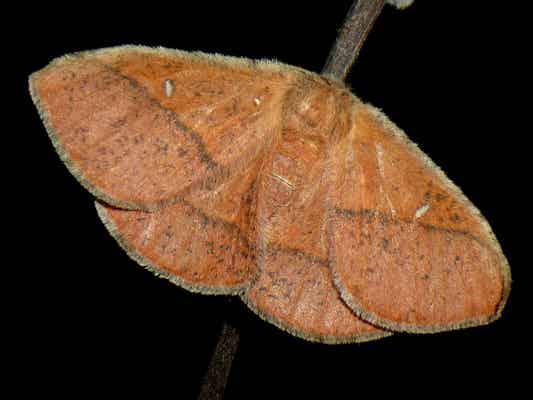 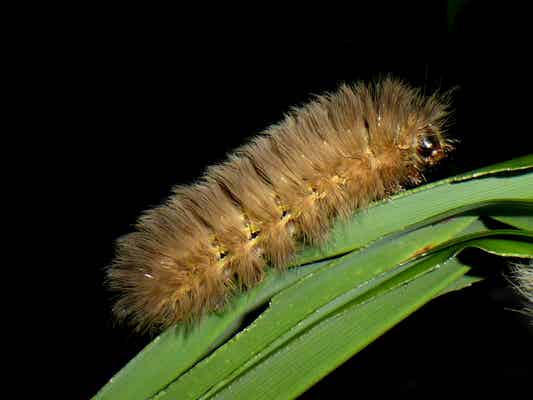 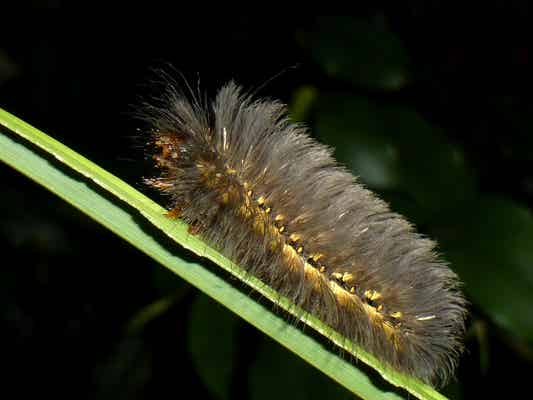 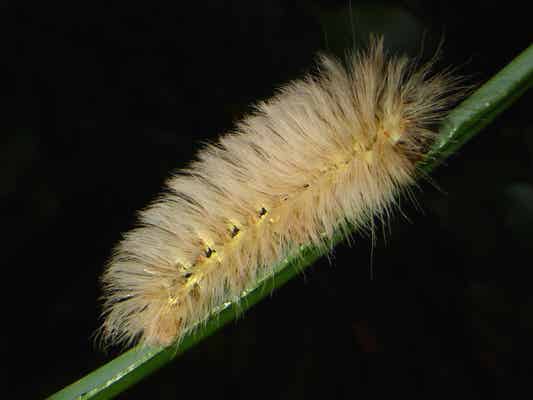 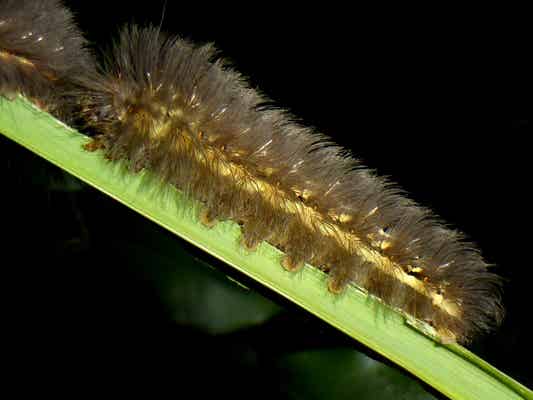 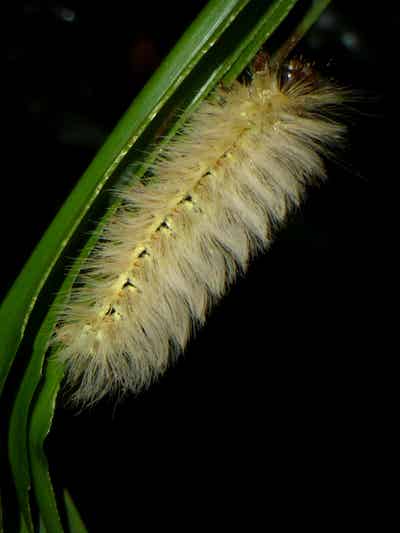 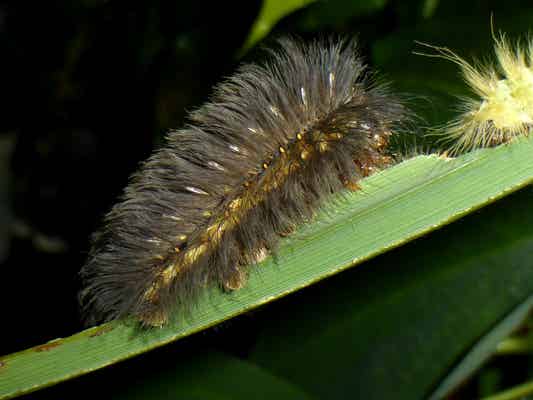 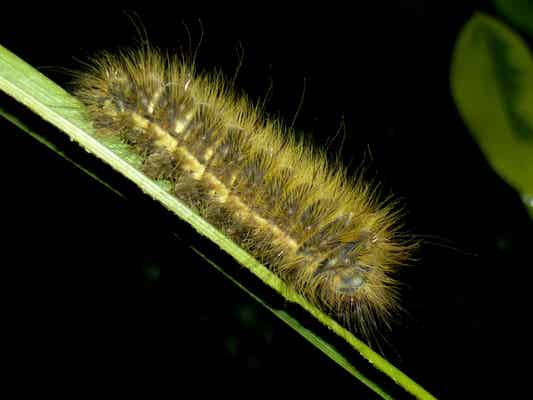 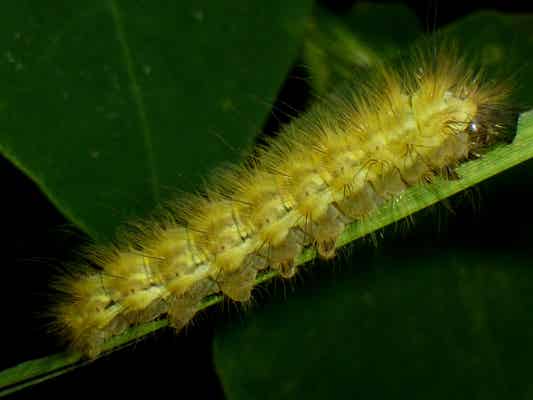 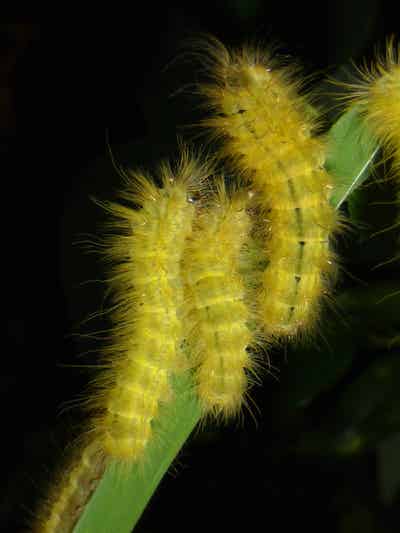 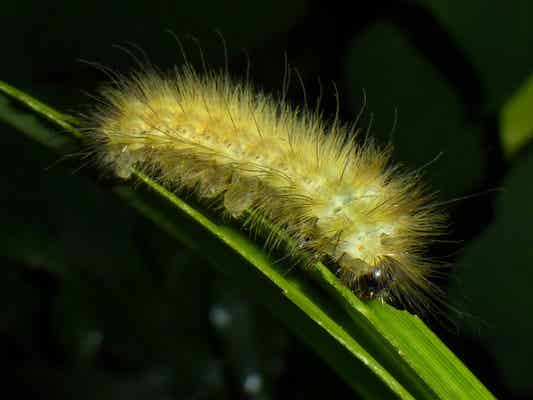 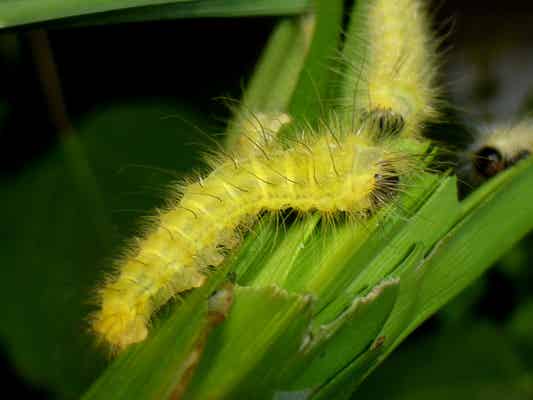 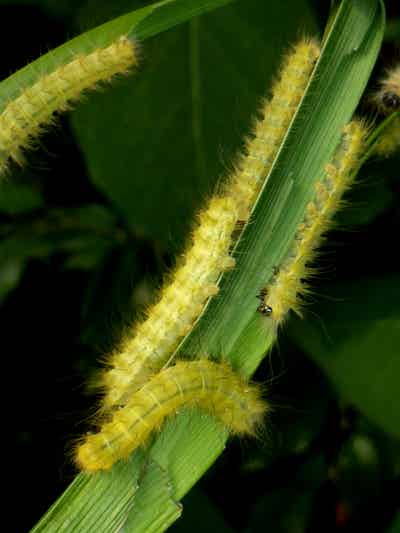 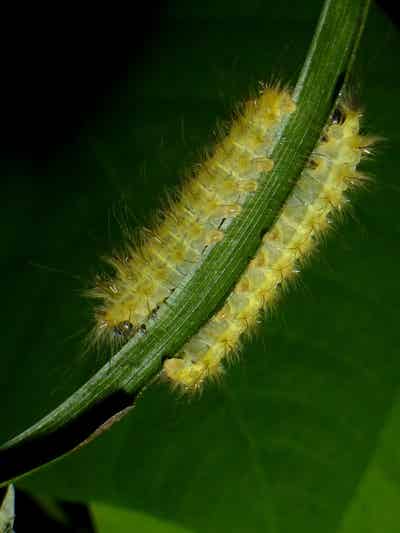 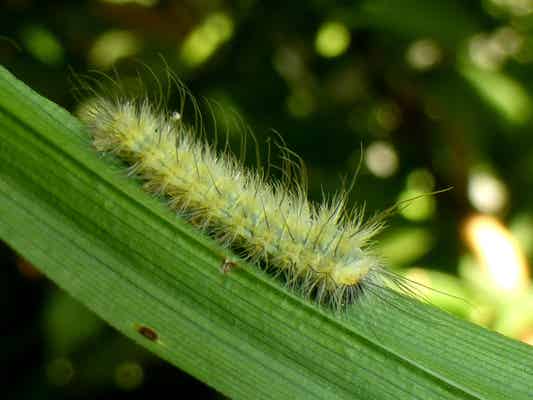 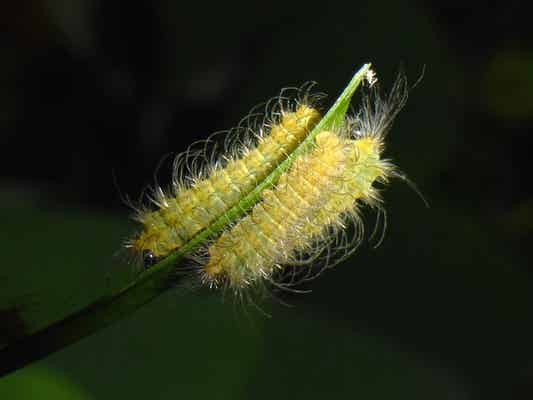 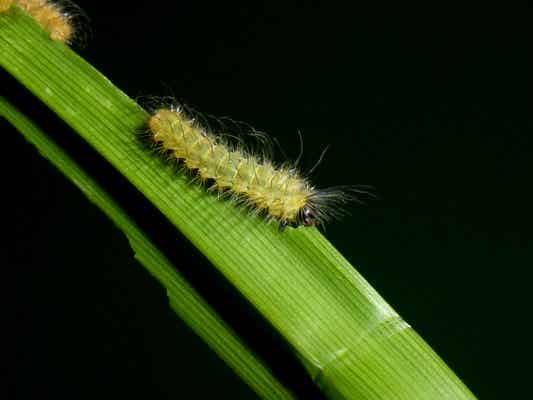 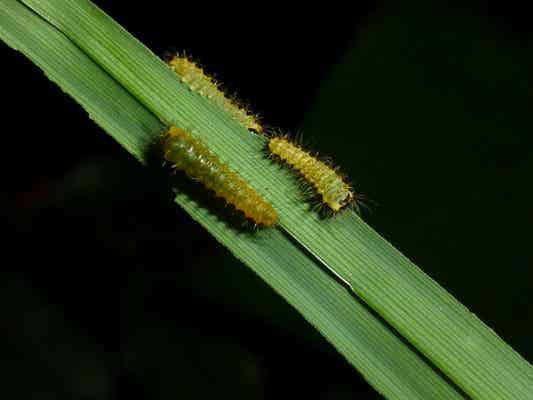 East Africa with records from Uganda, Congo (RDC), Tanzania, Zambia, Malawi, Mozambique and Zimbabwe. The pictures are from the offspring of a female I caught in the Dzalanyama forest (Malawi)

around 4,5 cm (not much difference in size between males and females, the females just have a more heavy build)

only one flight annually at the end of the year (in December in Malawi, can be a bit earlier in captivity but not much), the pupal stage is long

Carex, probably other grasses (in the broad sense). The caterpillars in the pictures were reared on Carex pendula.

An easy species. Caterpillars are fully grown within six weeks when kept warm.  Keep in well ventilated plastic containers (also when older, just make it more spacious). Do not overcrowd. An average room temperature is fine. Keep clean and dry. The pupal stage is long (8 to 10 months).

the small pupae can dry out during hot and dry summers, some extra care is needed, but don't spray too often otherwise they can rot