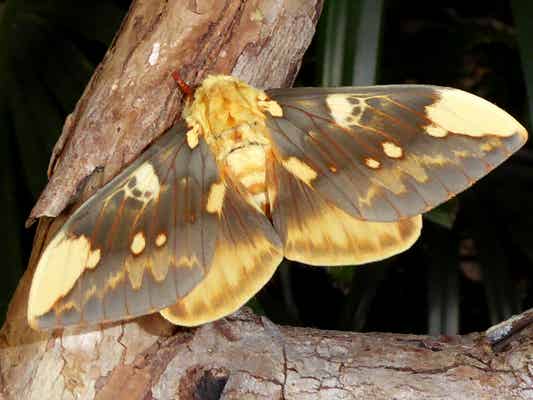 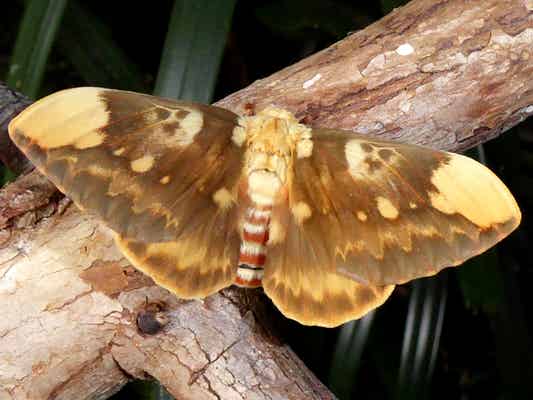 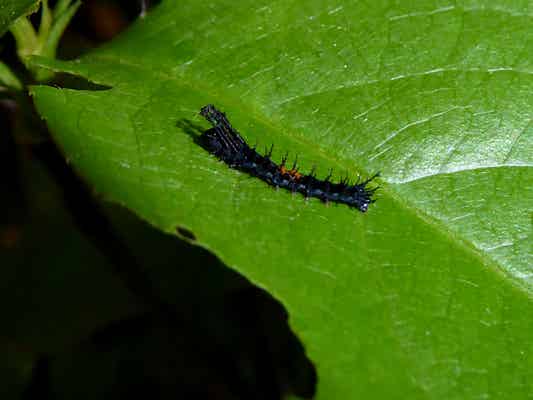 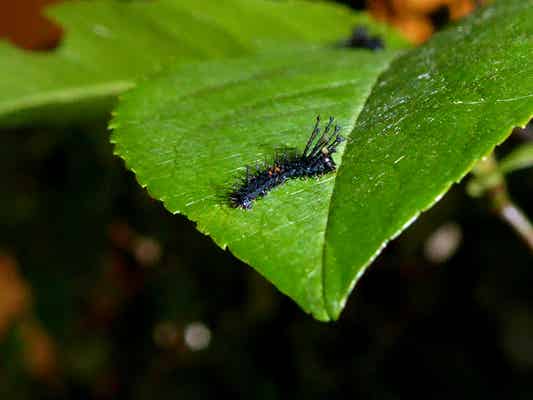 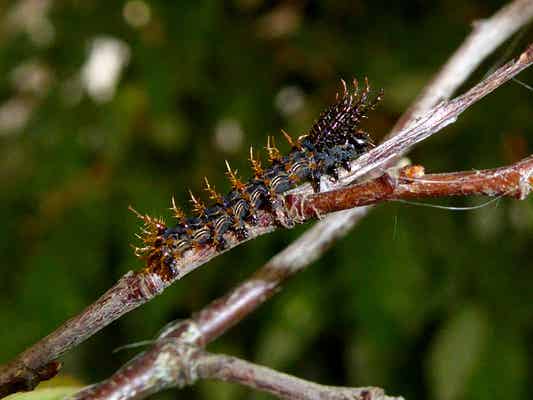 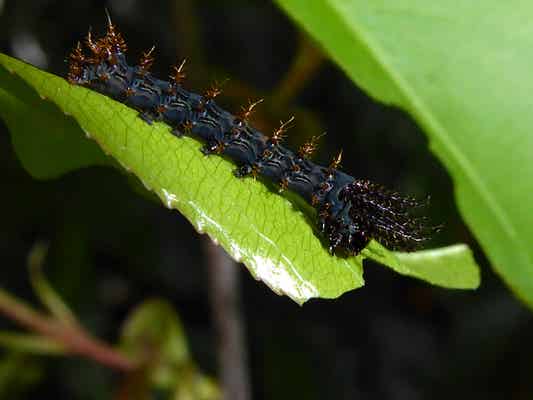 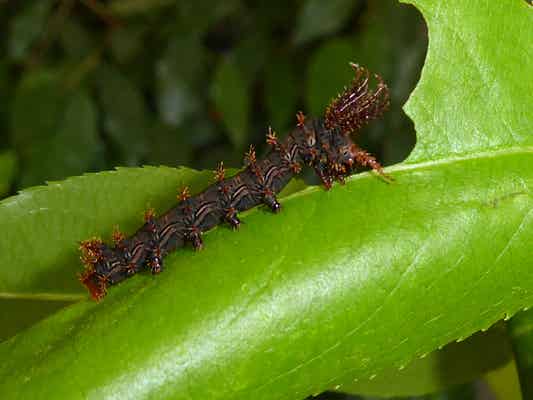 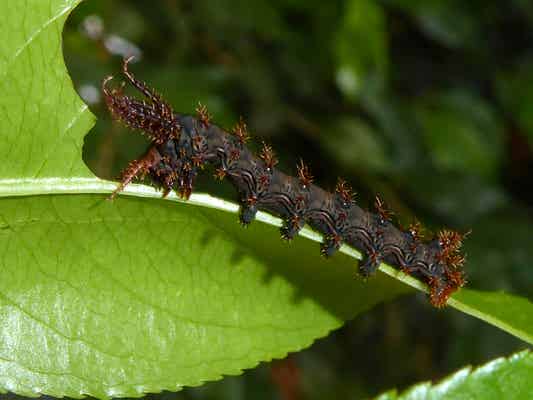 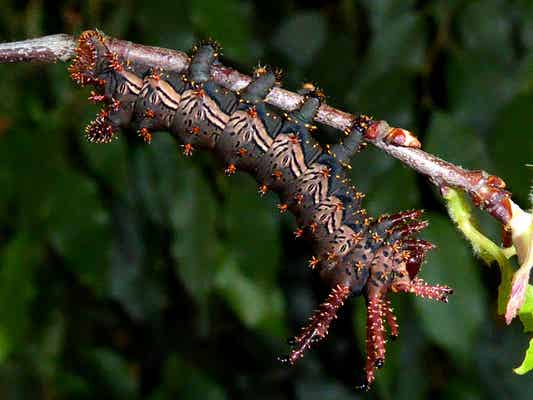 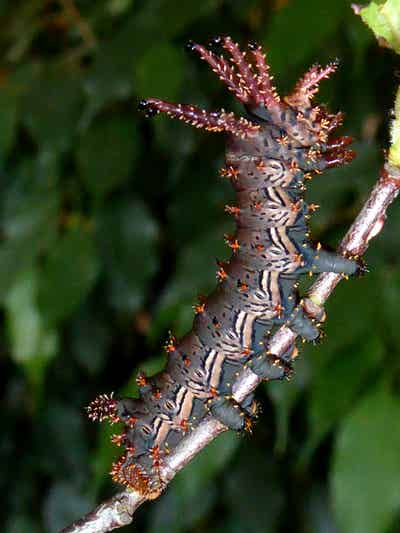 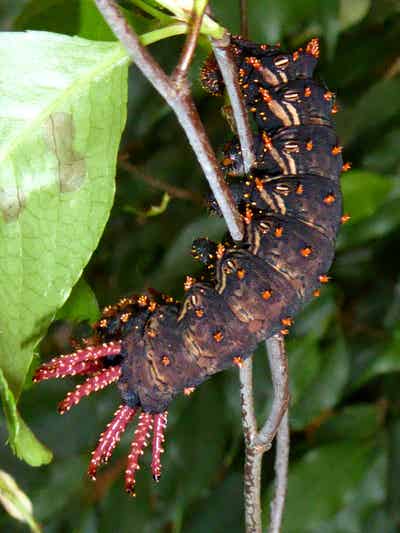 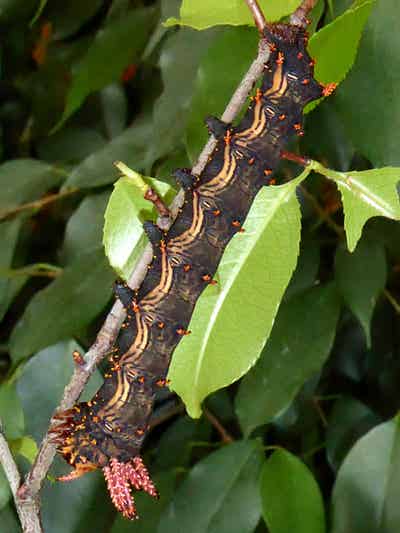 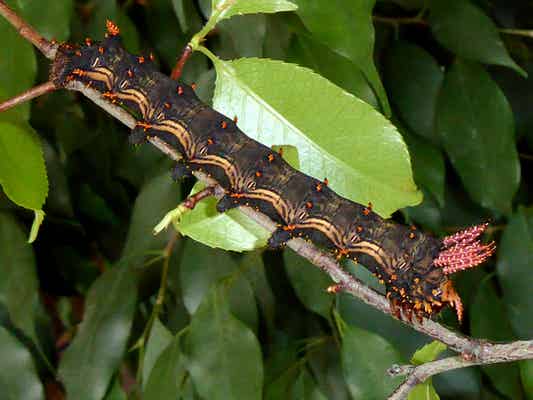 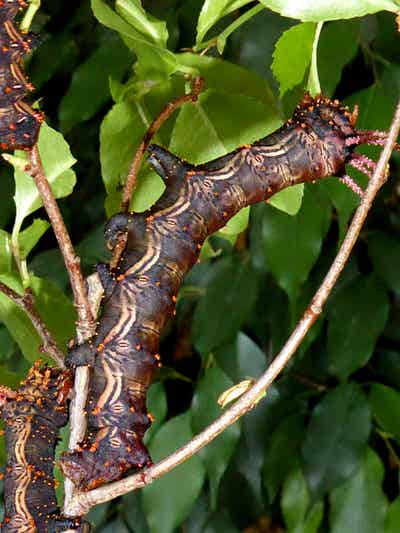 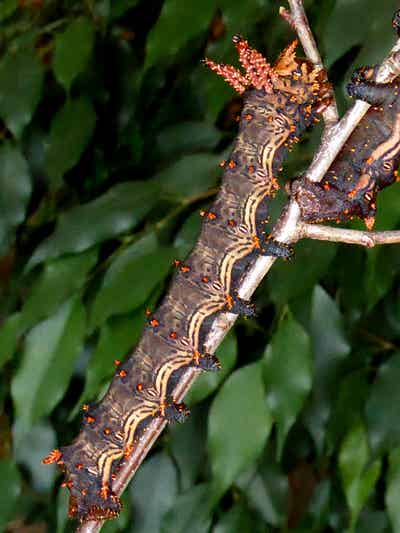 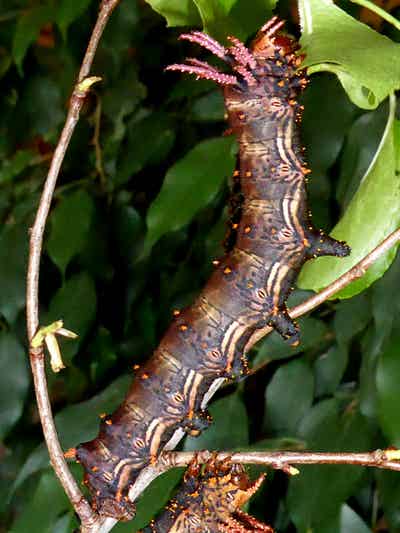 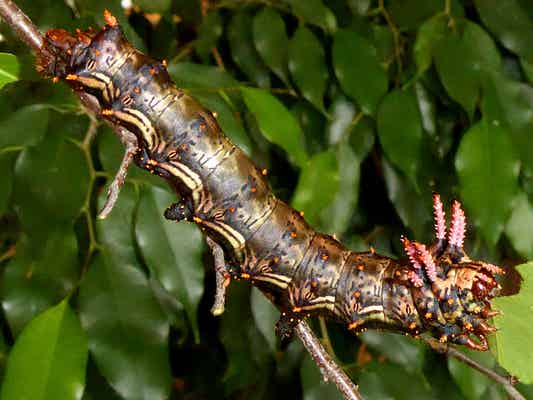 a smaller Citheronia with a wingspan between 8 (males) and 10 (females) centimeter. The color of this species seems to be more variable with darker and lighter forms (depicted here is a very light form from Ecuador (Poza Honda, Manabi Province).

seems to have one peak flight early in Spring, with in captivity some individuals emerging throughout the year

Does well on Prunus serotina and other Prunus species. Can also be reared on Ligustrum ovalifolium and Schinus (probably other Anacardiaceae as well)

Same as for other Citheronia. Not extremely difficult under the right conditions. Keep in well ventilated plastic containers or netted cages when older. Watch out for condensation when kept in plastic containers and do not give wet leaves. Fast growing and ready to pupate in approximately  five weeks . A living room temperature is enough. The pupal stage is long and can take several months to a year or even longer.