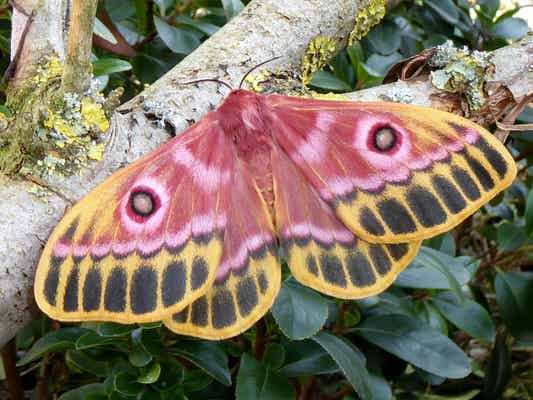 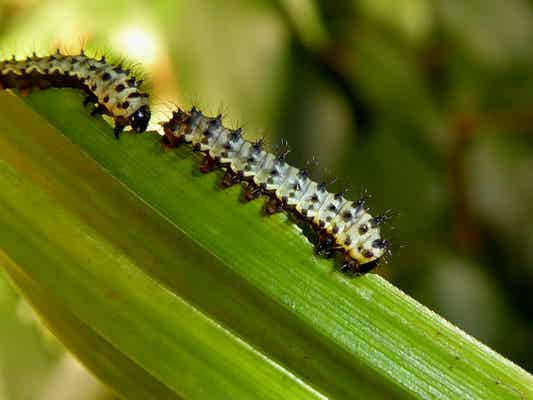 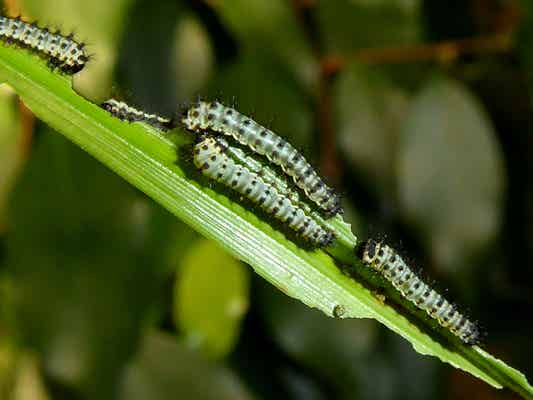 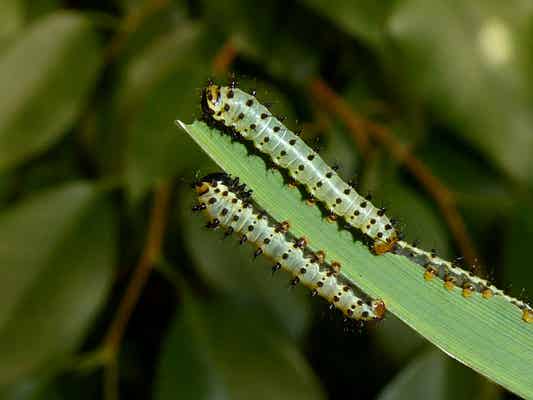 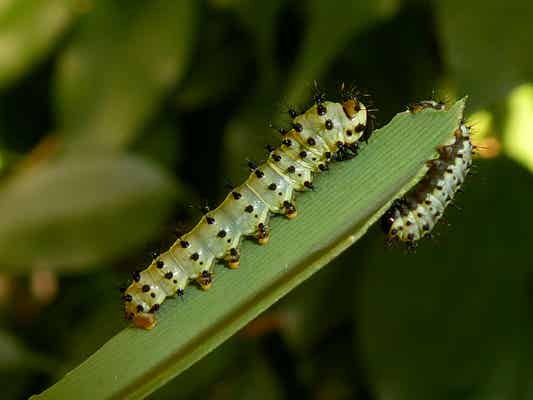 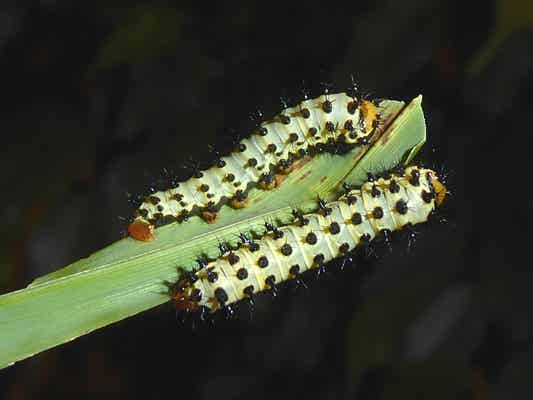 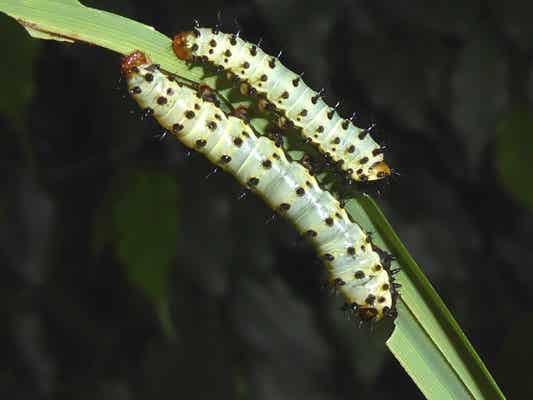 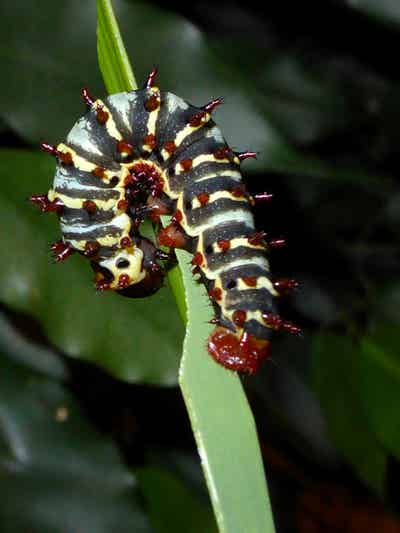 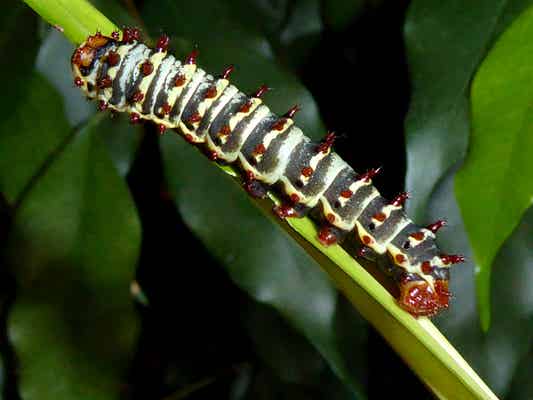 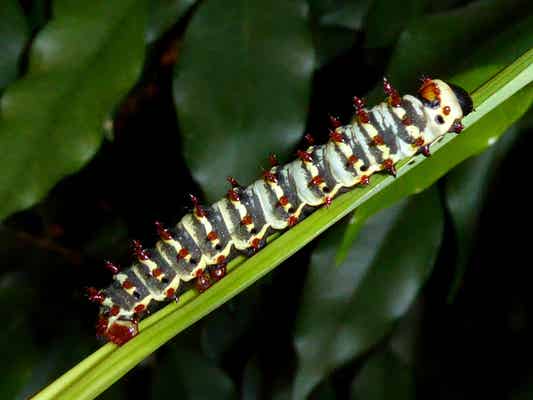 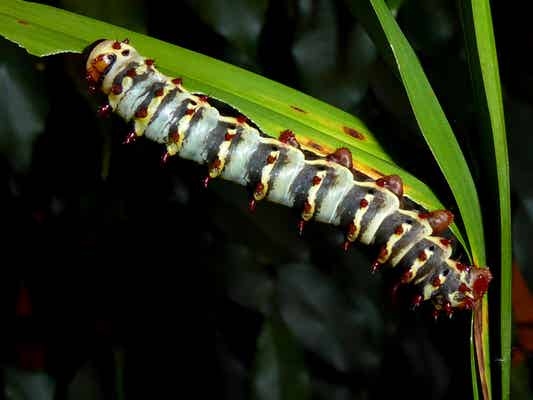 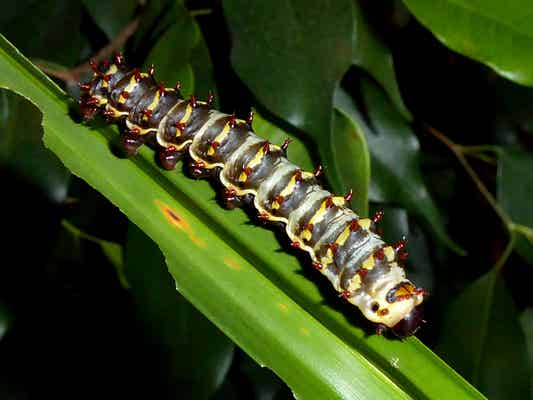 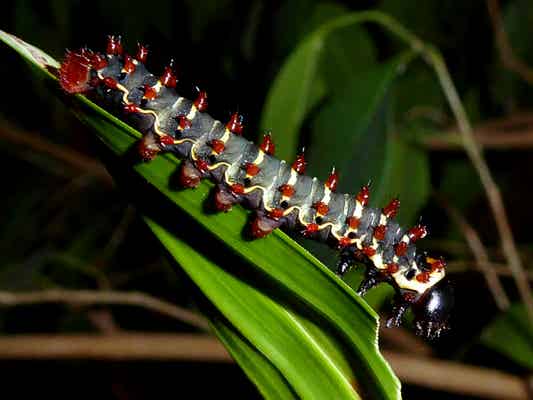 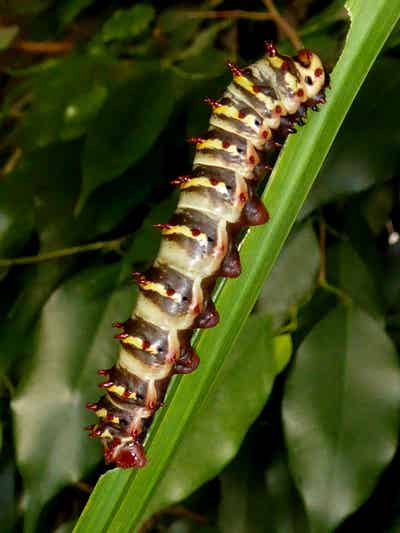 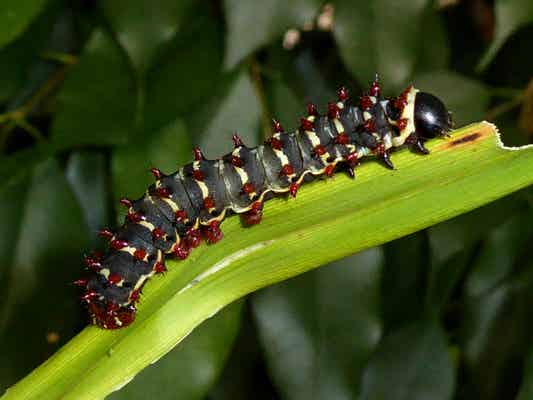 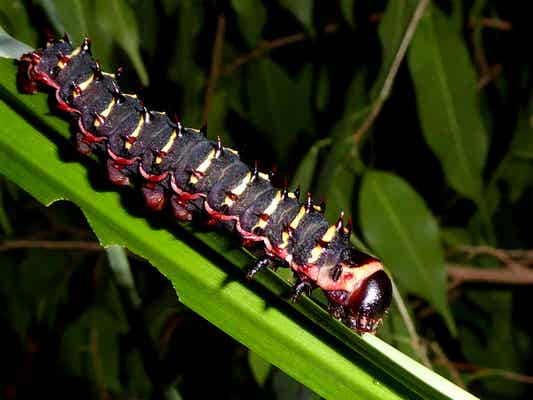 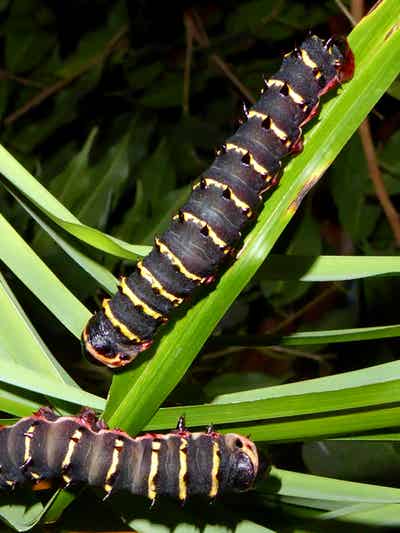 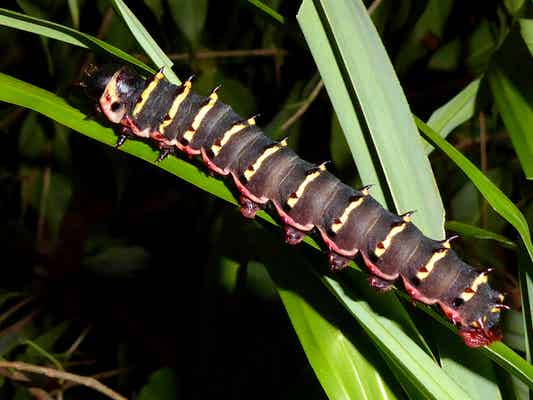 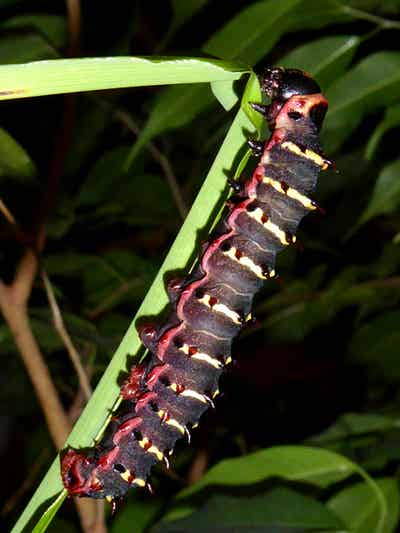 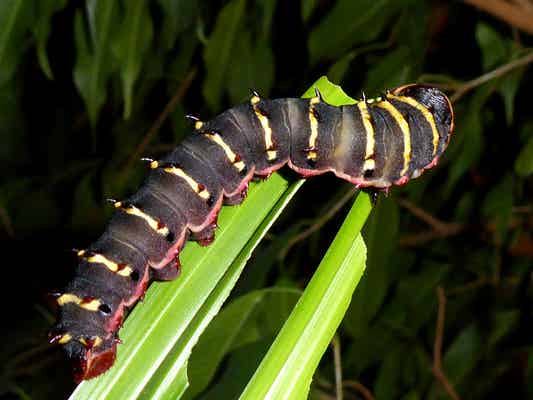 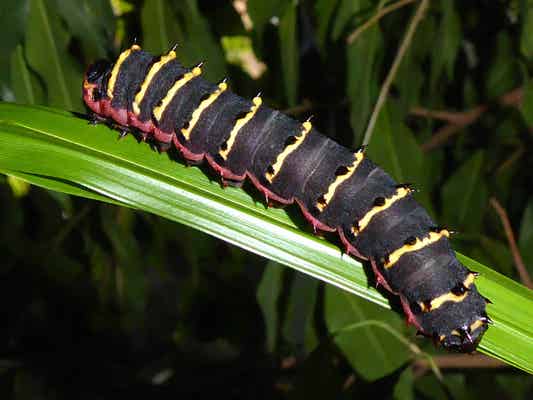 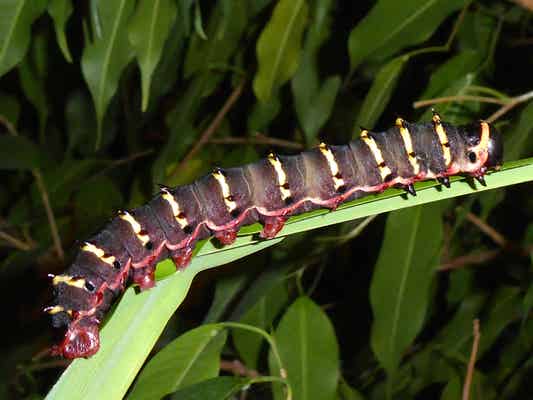 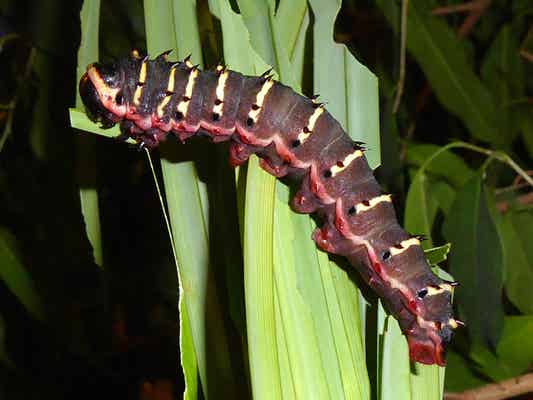 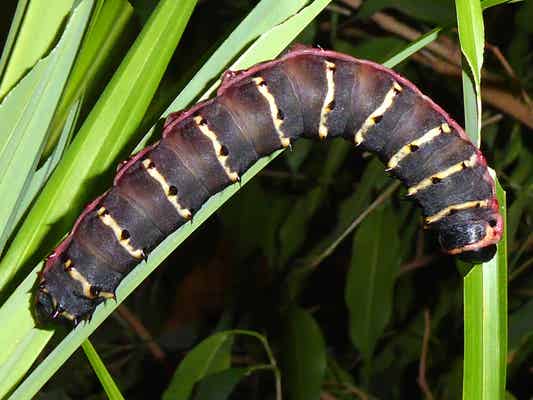 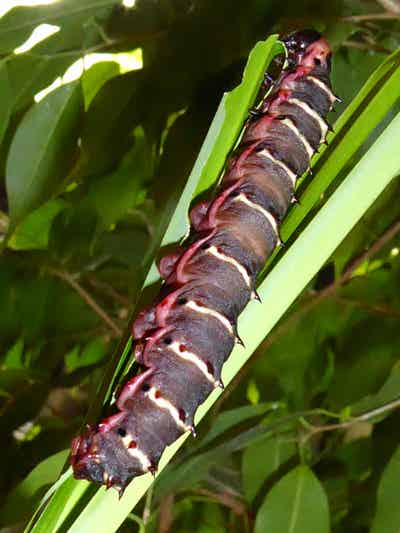 Central Africa, from Congo (RDC) to Kenya and south to Angola, Zambia and Zimbabwe. The animals depicted here originate from the Dzalanyama forest (Malawi) where they are a very rare sighting.

around 9 to 11 cm, in captivity smaller due to inferior food quality

One flight per year, from early December into January. Pupal stage takes months.

Cyperaceae (in Africa recorded on Scleria, in captivity reasonably well on Carex)

Difficult, not suitable for newcomers. Keep in spacious, well ventilated plastic containers. Watch out for condensation and do not give wet leaves. Make sure the food is clean and fresh. It is probably best to rear them on a living plant, even though Carex leaves stay fresh longer then true grasses.  Keep minimum at living room temperature with a cooling of at night to approximately 14/15 °C, definitely not cooler. The caterpillars are ready to pupate within 8 to 9 weeks. The pupal stage takes several months until mid to late winter (= is the wet season in their natural habitat).