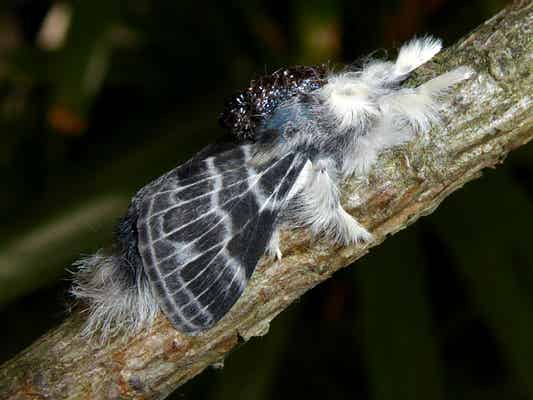 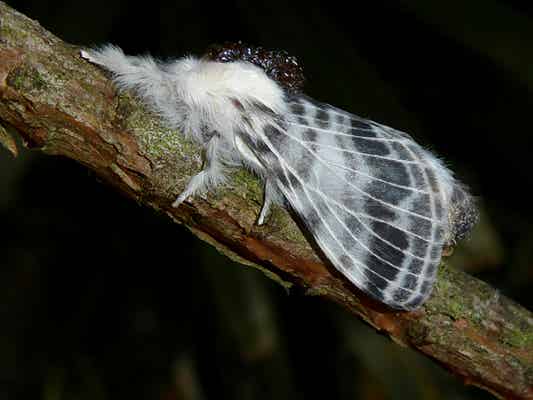 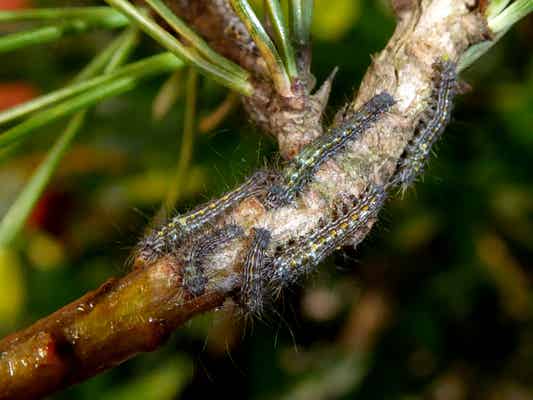 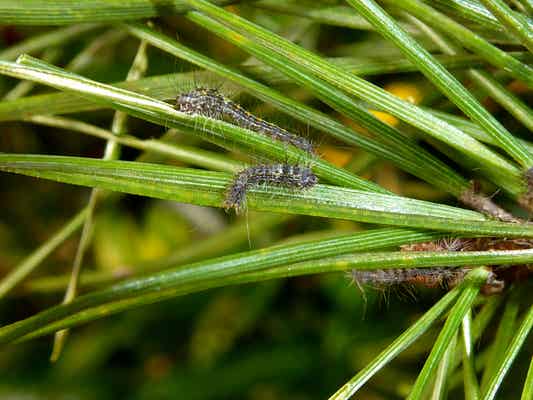 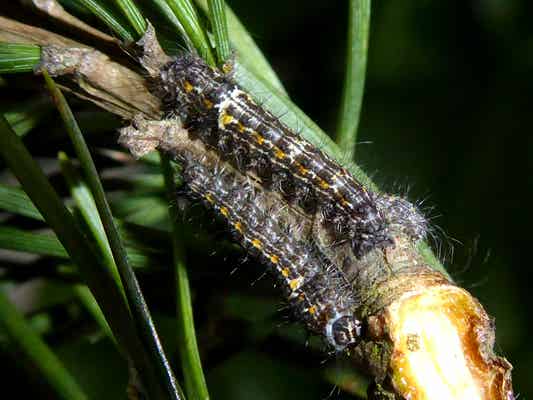 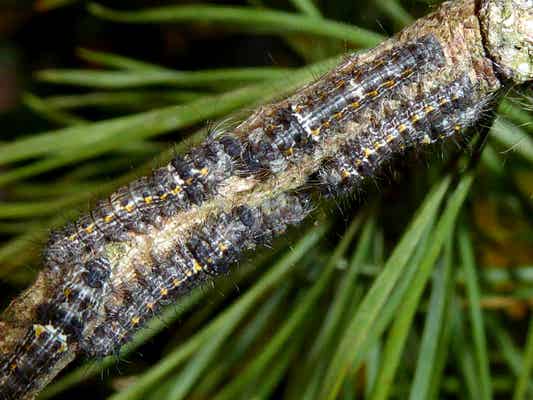 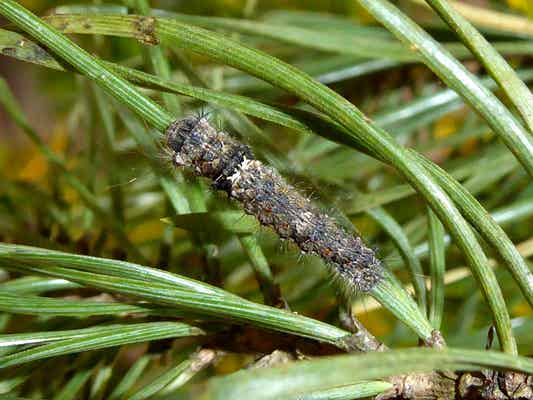 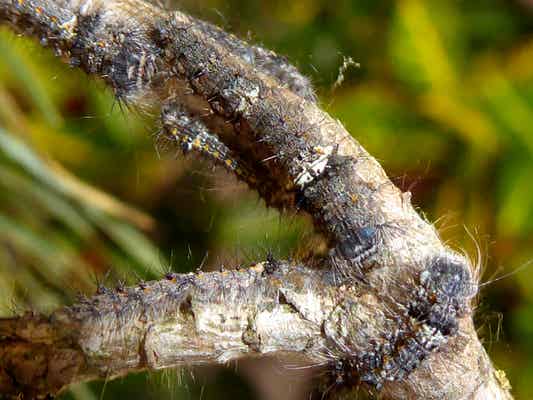 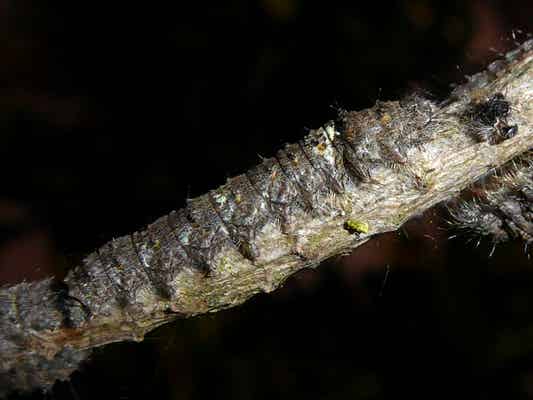 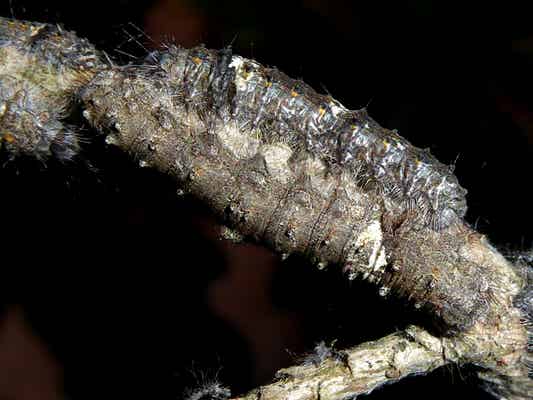 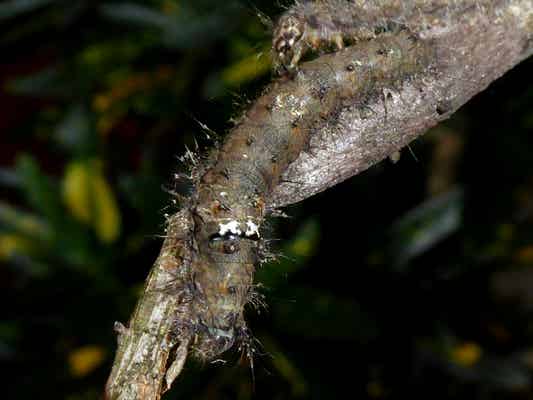 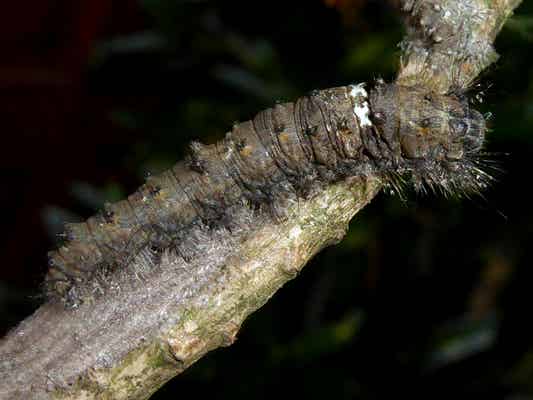 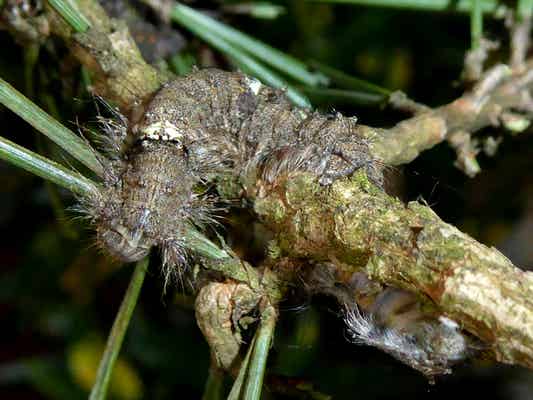 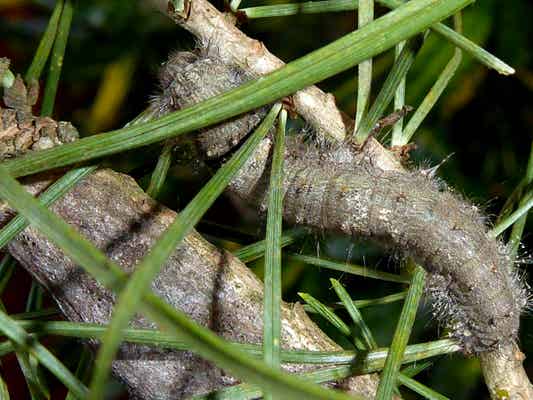 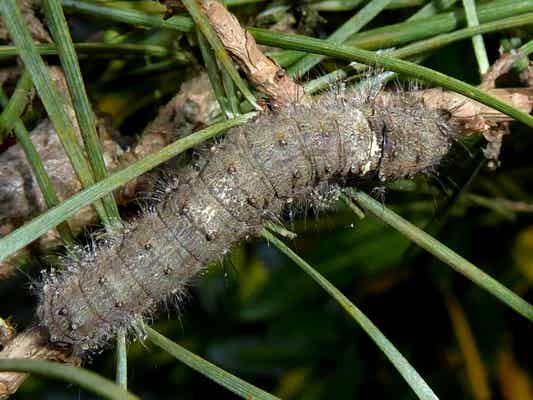 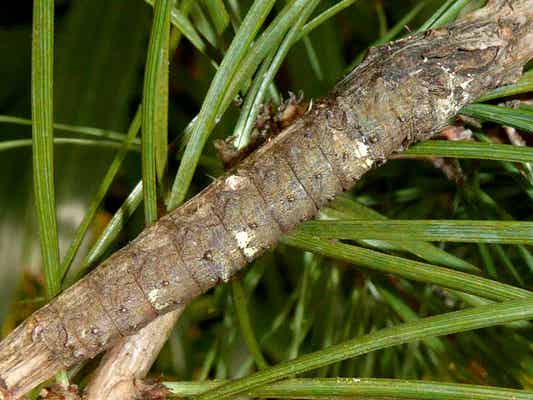 Canada (from Nova Scotia to British Colombia), south into the eastern  USA (to South Carolina) and the Midwest (southern Great Lakes region)

one flight, from the end of July to September

in the wild especially Larix species,but also other Pinaceae. Does well on Pinus sylvestris in captivity

Very easy, suitable for children. Eggs overwinter in the fridge. Take out in spring when you're feeling ready. The earlier you start the earlier the adults will emerge (as early as the beginning of May when you start in March). Keep in well ventilated plastic containers, netted cages or sleeved outdoors (not when you start early). Watch out for condensation when kept in plastic containers and do not give wet food. Fast growing for a Lappet and ready to pupate in approximately five to six weeks. The pupal stage is only two weeks and the first adults already start to emerge before the last of the caterpillars have pupated.