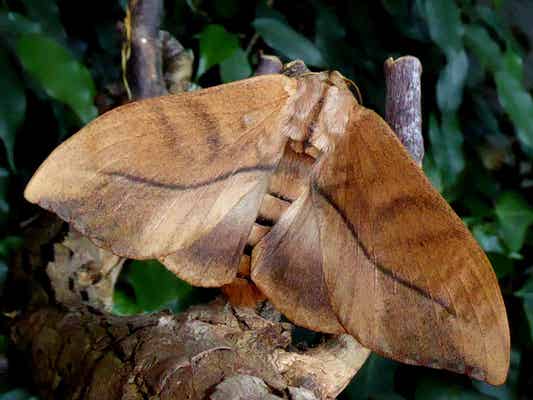 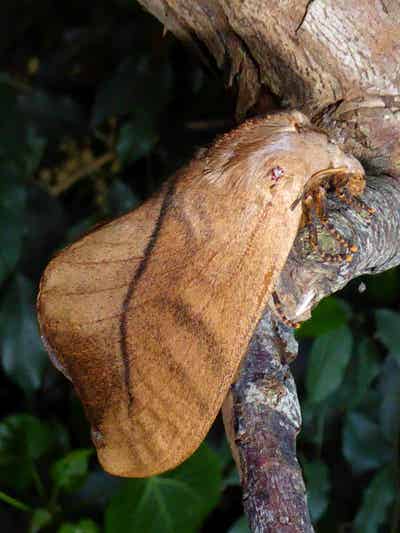 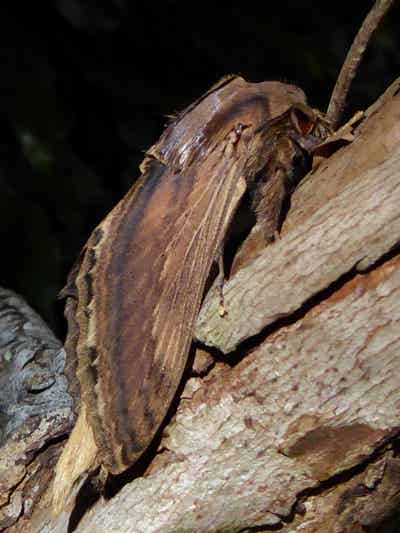 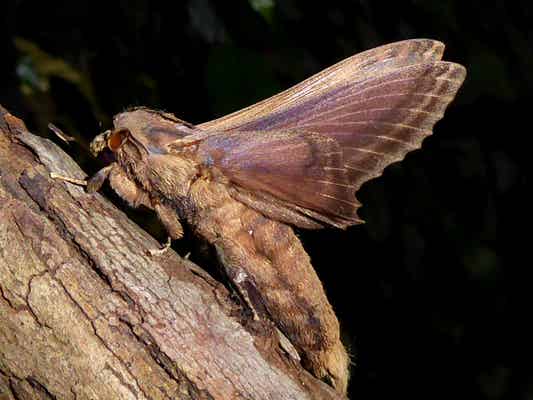 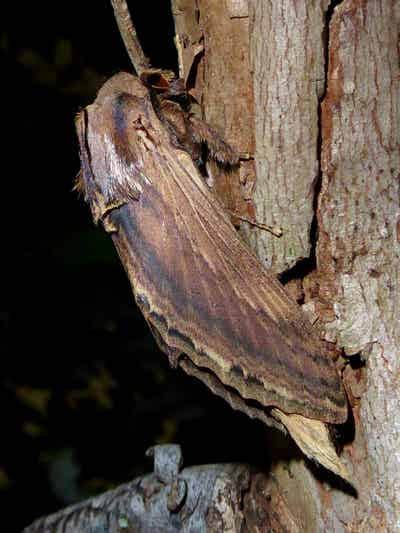 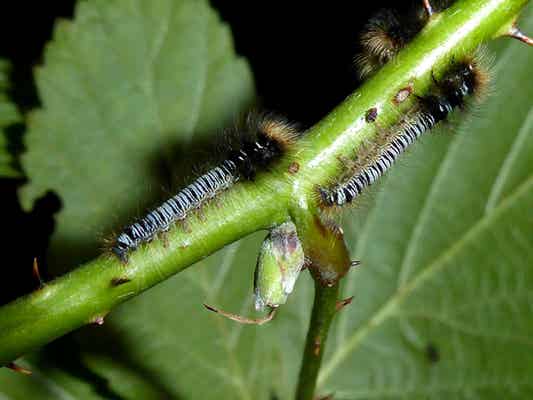 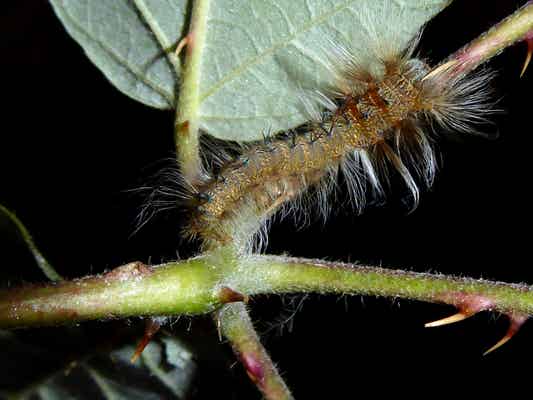 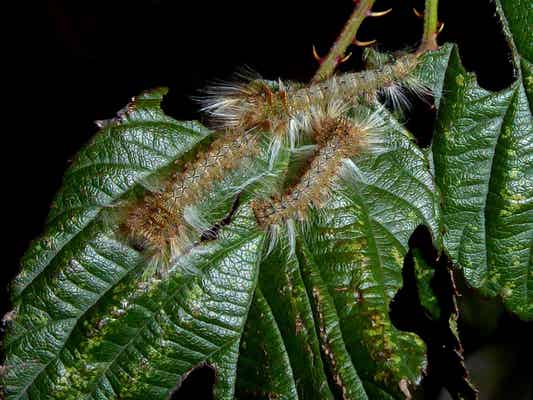 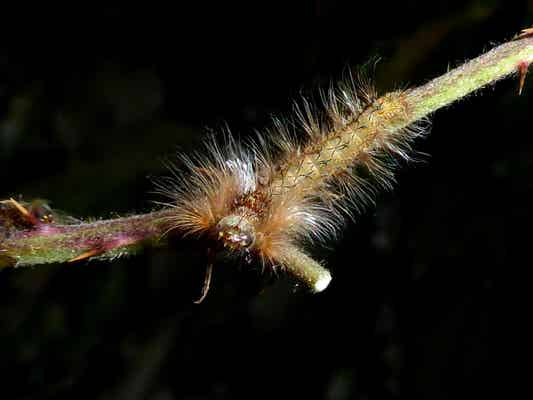 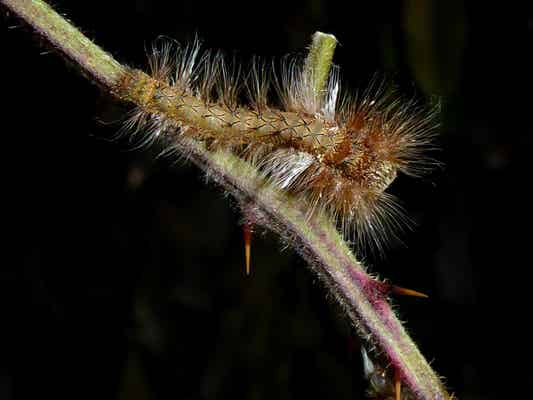 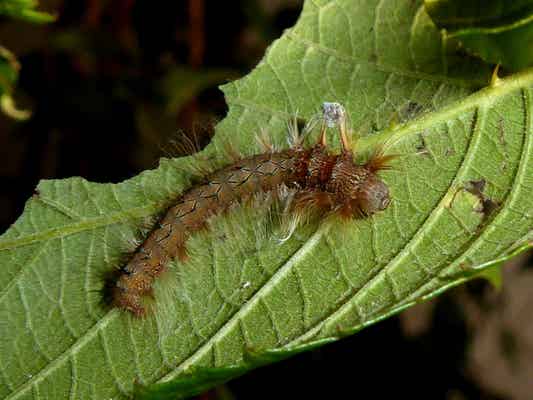 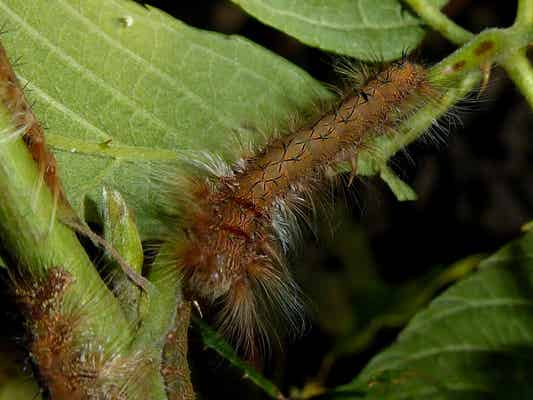 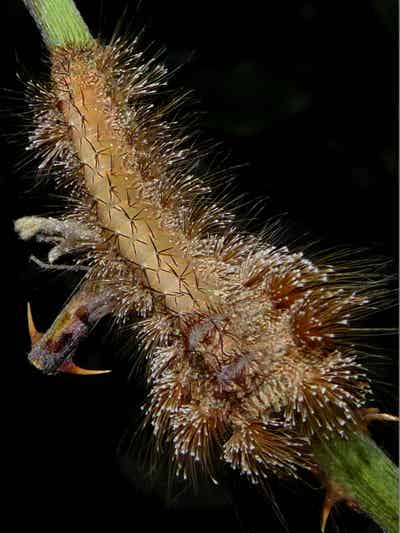 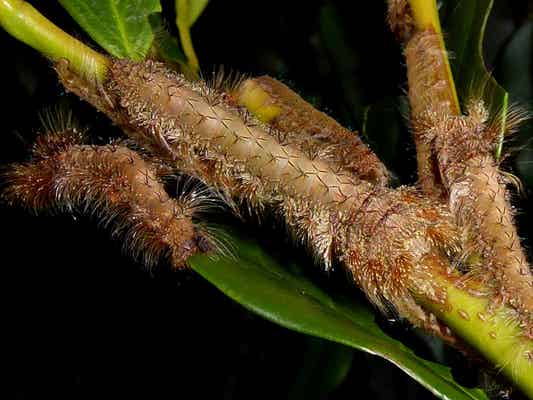 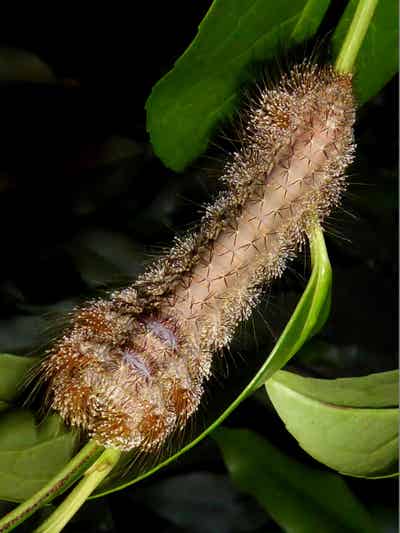 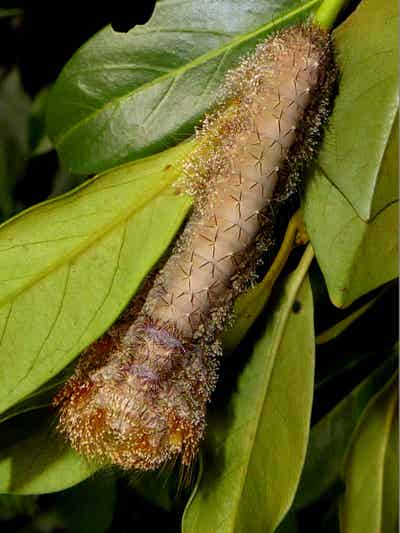 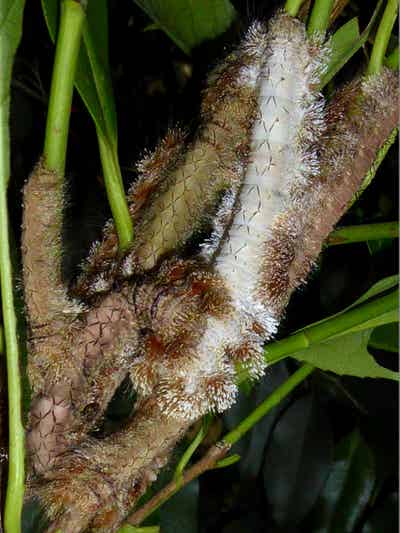 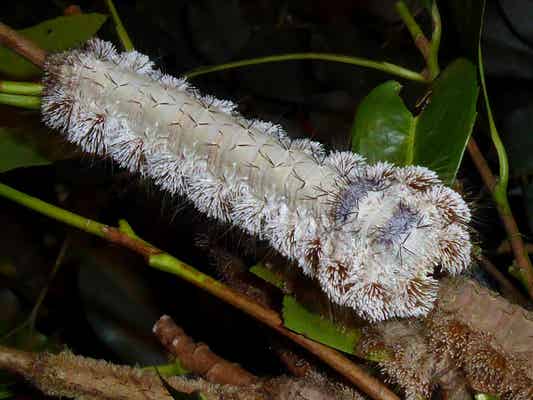 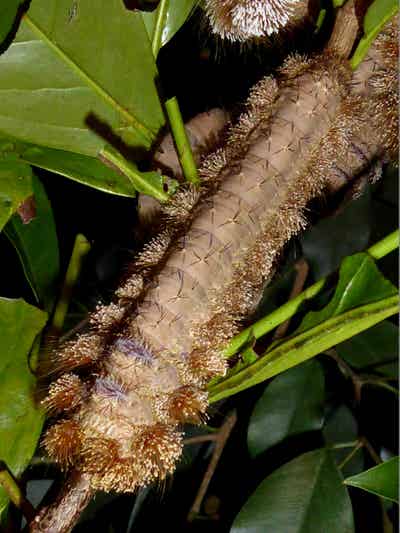 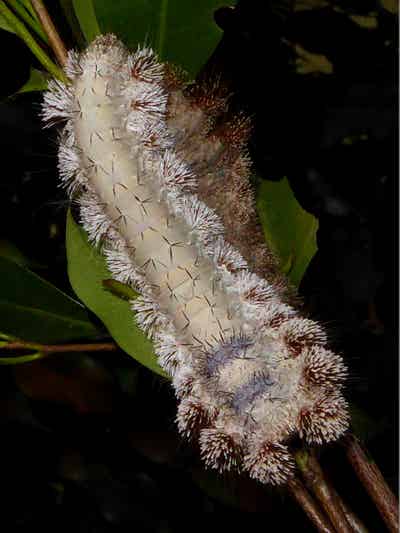 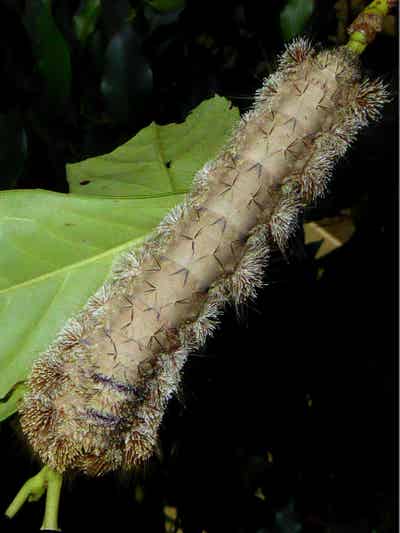 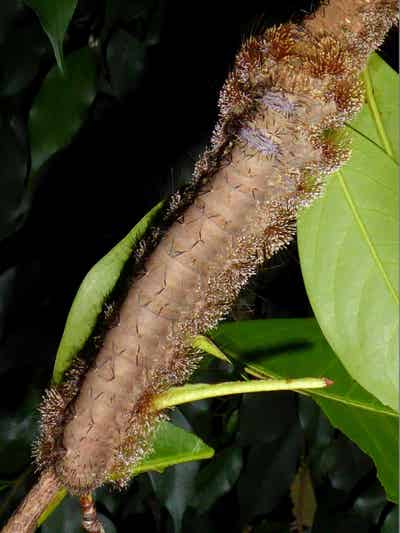 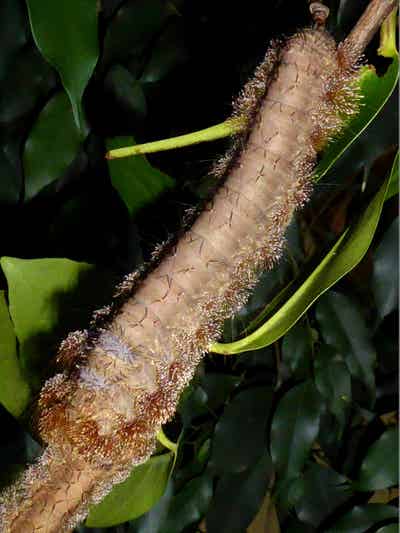 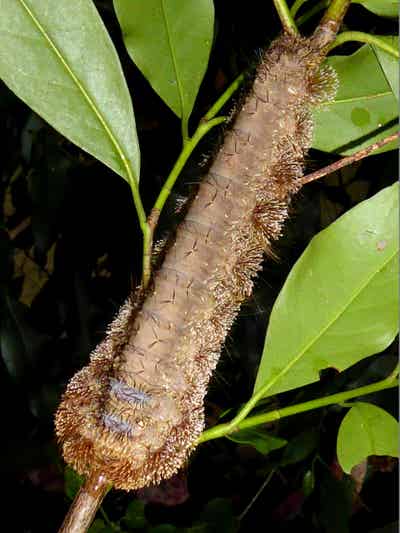 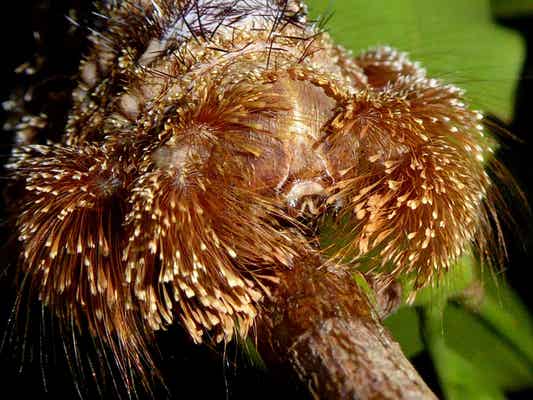 widespread throughout West and Central Africa, from Guinea-Bissau at the west coast east to Uganda and south through Cameroon and both Congo's to Angola

females very large (in between 10 and 13,7 centimeter), males much smaller (around 8 centimeter)

In captivity continuously when kept at room temperature

Easy but slow. Caterpillars are ready to pupate in six months (faster for a summer brood).  Keep the first 3 to 4 stages in well ventilated plastic containers and move to netted cages when older. Keep dry and warm (room temperature).  Pupal stage is short (approximately 2 - 3  weeks).