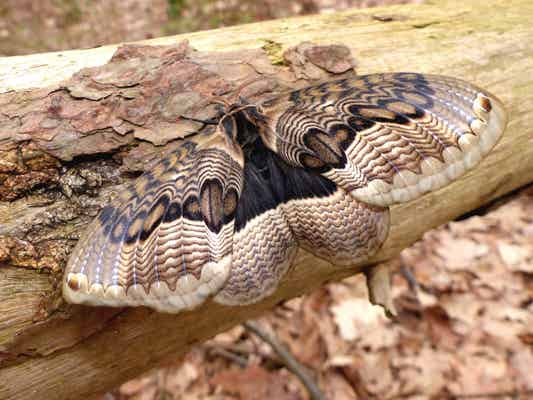 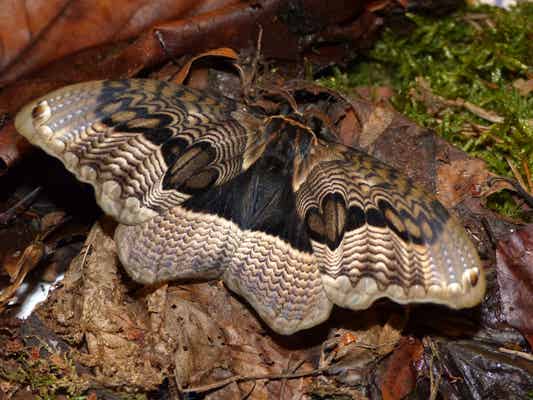 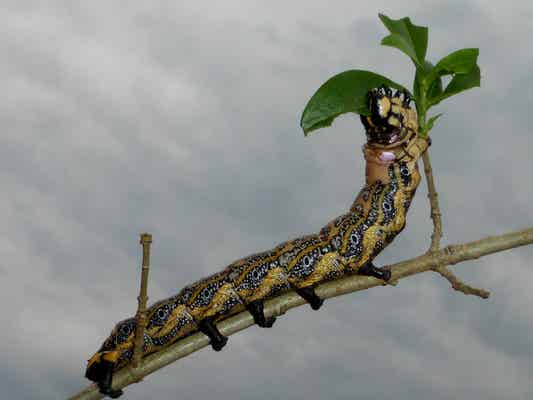 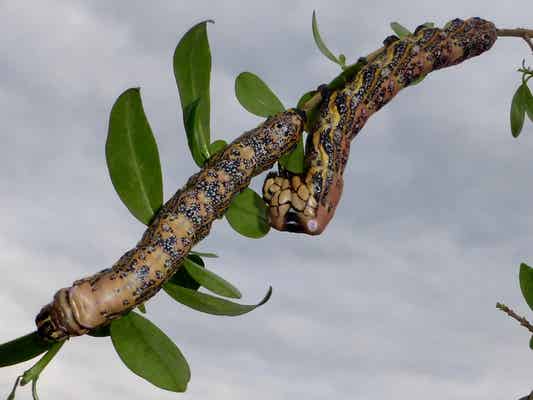 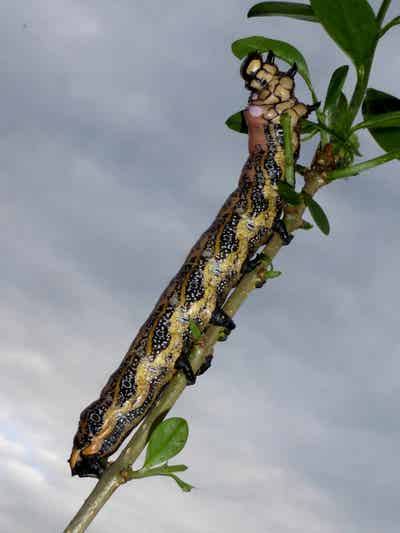 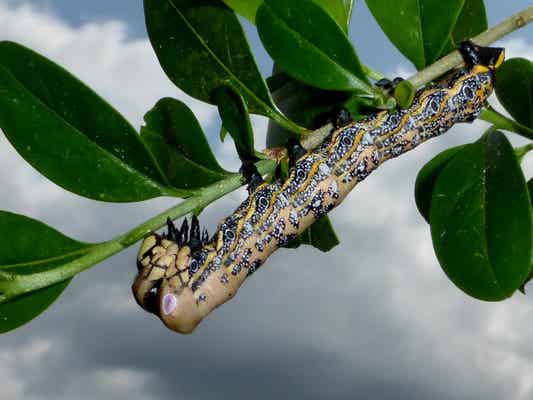 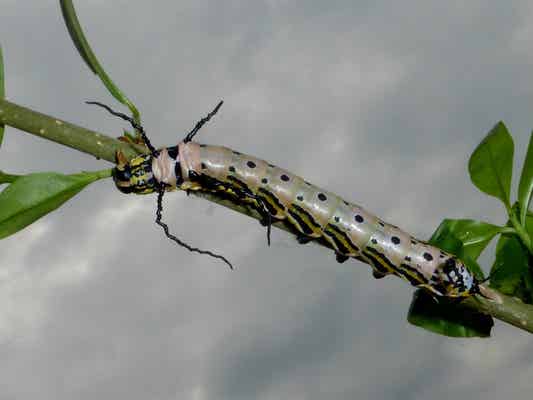 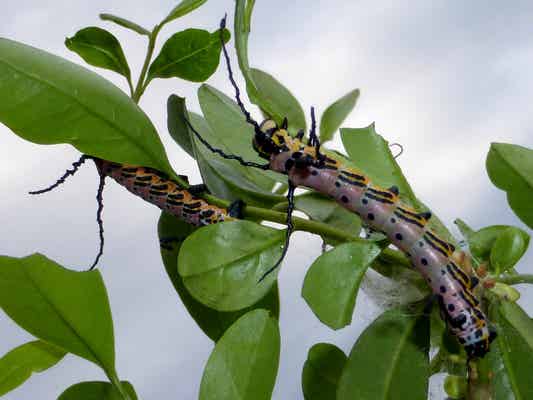 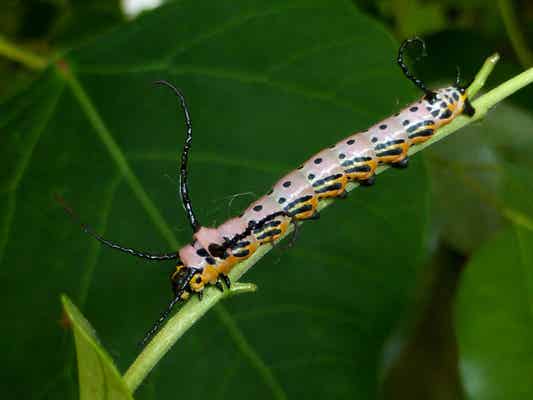 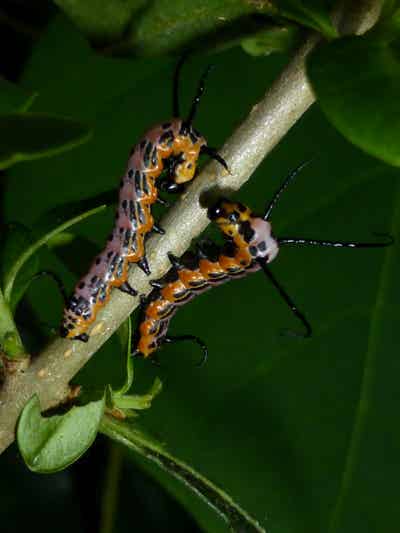 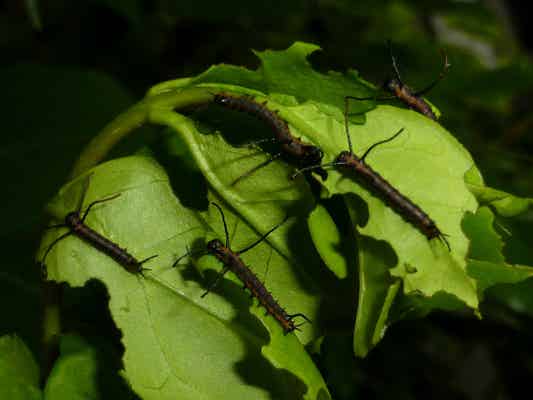 Between ten and twelve centimeter

early in Spring, usually in April.  Or earlier in captivity, the moths emerge soon after the pupae are taken out of the fridge.

Best on Ligustrum species.  Fraxinus is an accepted alternative.

Very easy and fast growing at room temperature. Caterpillars pupate within a month after hatching. Keep the first three instars in well ventilated plastic containers but move to a netted cage after they've molted to the fourth instar. Pupae are best stored in the fridge. Not known to have a second flight in autumn.